Jordan Gaines Lewis ’11 is a science writer whose work has been featured in The Washington Post and Scientific America, to name a few. “Gaines, on Brains,” her award-winning blog, has been called “An exemplar of great science blogging” by The Guardian.  She is currently pursuing her Ph.D. in neuroscience at Pennsylvania State University. We recently caught up with Jordan to discuss St. Mary’s and her many successes.

You’re an award-winning writer and a neuroscience Ph.D. candidate. How do you think your liberal arts education from St. Mary’s contributes to your current pursuits?

I tell everyone that I wouldn’t be doing what I do now if it weren’t for my liberal arts education! Being a grad student means a lot of reading, writing, and critical thinking—all skills I’ve been practicing since my first semester at St. Mary’s. The small class sizes and opportunities to be a teaching assistant were invaluable. Most importantly, I took so many interesting classes outside of my major, which encourages me to think outside the box when faced with a problem to this day.

Did you always have plans to be a scientist? Why did you choose a liberal arts college for your undergraduate degree?

I’ve wanted to be a scientist since I was 10. What initially attracted me to St. Mary’s were the small class sizes and close-knit campus community. When I became a student, I found that the liberal arts approach to science education really forced me to learn beyond rote memorization. Plus, taking classes outside of my major made me a well-rounded student—I took everything from anthropology to Biblical foundations to creative writing, and even a few fitness classes.

So, what is your fascination with the brain?

The brain is a three-pound, gray, squiggly ball of mush that is responsible for literally every aspect of your body’s functioning. That’s exactly why it’s so fascinating!

What inspired you to create the “Gaines, on Brains” blog?

The public perception of scientists is not always good. Your average scientist may be imagined as someone wearing a white lab coat and glasses, holding a bubbling green test tube while locked away in the fabled “ivory tower.” Clearly, that describes a very small percentage of us. As scientists, we have a responsibility to educate the public about what we’re doing with taxpayer money, to clear up common misconceptions (think GMOs, vaccines, and climate change), and to create a dialogue. “Gaines, on Brains” is my little corner of the Internet for taking what I’ve learned in the laboratory and telling the world about it.

The Pacific Standard in 2014 recognized you as a “Top 30 Thinker Under 30,” and you also recently gave a TED talk.  How does it feel to be recognized by your peers?

It makes me happy to know that my work has moved beyond to the lab to the general public and that people are learning and benefitting from my efforts!

Who or what may have been a major influence while you were here at St. Mary’s?

I cannot speak highly enough of my professors at St. Mary’s. They encouraged me academically (it’s hard to fall through the cracks unnoticed when your class has only 16 students!), helped me look beyond my life at St. Mary’s, and were also wonderful role models (as club sponsors, parents, and genuinely good people).

Do you have any advice for someone thinking about pursuing a similar path in writing and/or neuroscience?

Go for it! Soak in all the information you can, ask the hard questions, and find a topic that particularly interests you. And if you love to write, start a blog—it’s free, and there’s no better way to broadcast your ideas to a larger audience.

Do you keep in touch with any professors and/or fellow Seahawks?

Yes! My dearest friends today are some of the people I met during Orientation Week at St. Mary’s. I’ll occasionally catch up with professors through e-mail and Facebook. I even married a Seahawk…and another one officiated our wedding!

What is your most memorable moment at St. Mary’s?

Do I have to pick just one? My memorable moments at St. Mary’s include traipsing around campus and Historic St. Mary’s with my friends on snow days, brunch in the Great Room, watching the sunrise over the St. Mary’s River with the crew team, and taking a seat next to a stranger in my neurobiology lab class who is now my wonderful husband!

Learn more about Jordan at www.jordangaines.com 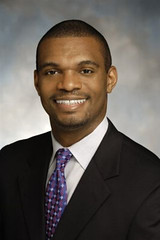 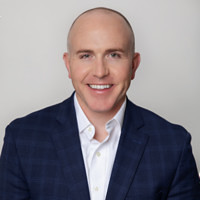 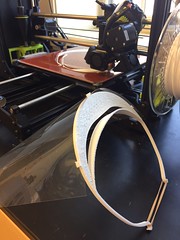 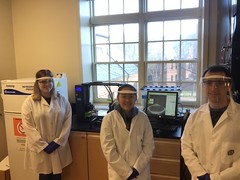 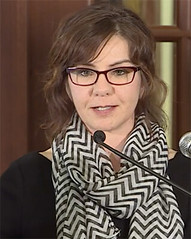