Marine Life in the Plasticene Era 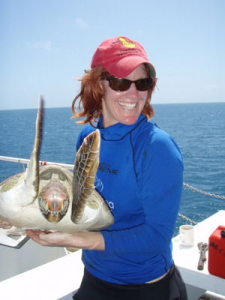 Marine debris is among the most pressing environmental concerns of the 21st century.  An estimated 4-12 million tons of debris enters the ocean annually, and nearly 700 species of animals are recorded to have interacted with this debris.  Dr. Qamar Schuyler ’97 will outline what we know about debris and what still remains unknown, and describe her research into the impacts of debris on sea turtles and sea birds at both local and global scales.  This lecture is meant for a general audience and all are invited to attend.

After graduating from St. Mary’s in 1997, Dr. Schuyler went on to earn her MSc at the College of Charleston.  She then earned her PhD from the University of Queensland where she now serves as a postdoctoral research fellow.