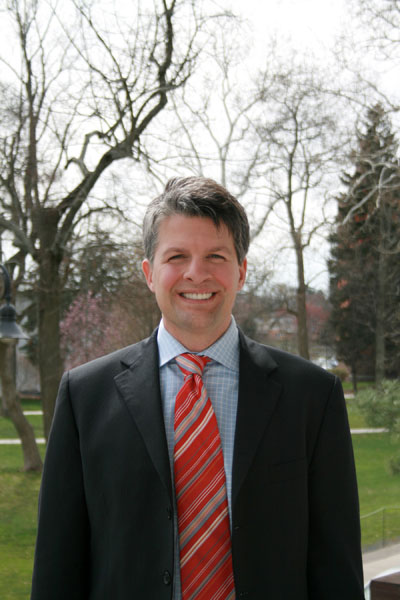 Renowned Civil War expert Peter S. Carmichael will address the controversial legend that slaves willingly supported the Confederacy during the nation’s traumatic Civil War at a public lecture at 8 p.m. Thursday, Sept. 22, in Auerbach Auditorium of St. Mary’s Hall, St. Mary’s College of Maryland. Carmichael is director of the Civil War Institute at Gettysburg College, has been on CSPAN and The History Channel, and was one of the expert consultants on PBS’s “American Experience” episode on Confederate General Robert E. Lee.

“The American Civil War endures as one of the most studied historical events in the nation’s history,” said Chuck Holden, St. Mary’s history professor and program coordinator. “The widespread interest in the Civil War only promises to become greater now that we are also commemorating the war’s sesquicentennial. We are fortunate to have Dr. Carmichael visit us.”

The name of his talk: “Imagining Slaves as Loyal Confederates: A Dangerous and Enduring Fantasy.” Co sponsors include: the Lecture and Fine Arts Committee, Center for the Study of Democracy, Democracy Studies, and the History Department, and History Club.

St. Mary’s College of Maryland, designated the Maryland state honors college in 1992, is ranked one of the best public liberal arts schools in the nation by U.S. News & World Report. More than 2,000 students attend the college, nestled on the St. Mary’s River in Southern Maryland.