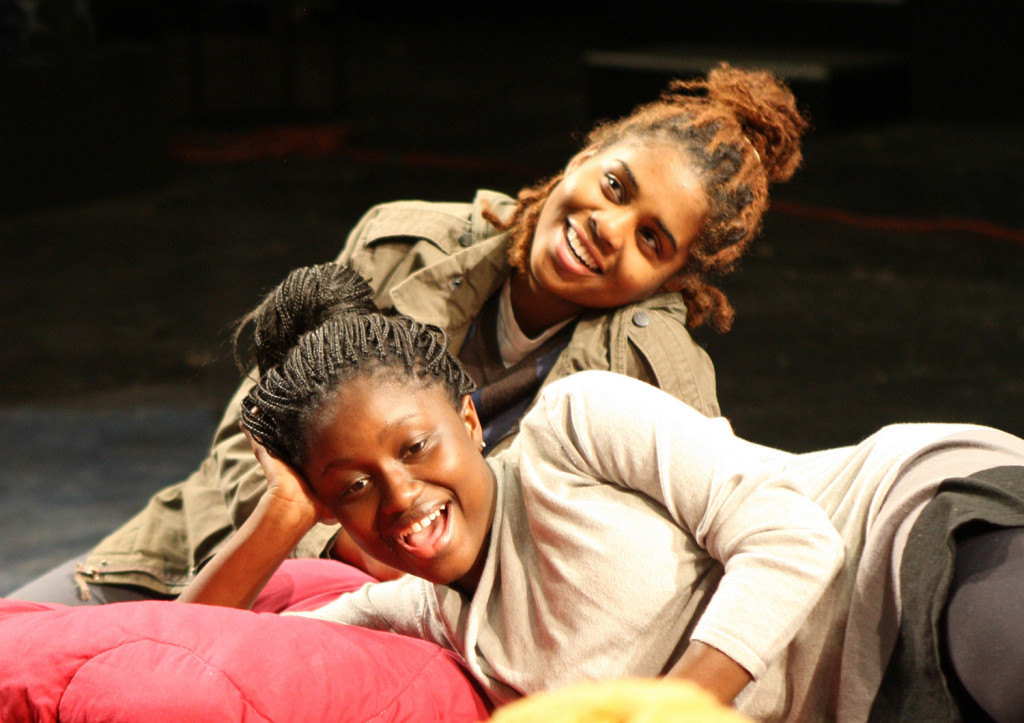 (From top) Members of the performing ensemble of “St. Mary’s Hear and Now” are Ruth-Ann Tyson and Fatima Dainkeh. Photo by Bill Wood

What is it like to be African American at St. Mary’s College, and in St. Mary’s County? If you are white, what would you like to ask a black student? Why can it be so difficult to talk about race? Award-winning playwright Caleen Sinnette Jennings interviewed about 50 faculty, alumni, staff, and students on the black experience and then folded their answers into a collage of voices, images, and dance. “St. Mary’s Hear and Now” will be performed at Bruce Davis Theater in Montgomery Hall at 8 p.m. Wed.-Sat. Dec. 7-10 and at 2 p.m. Sunday, Dec. 11. For reservations, contact the theater box office at 240-895-4243 or email boxoffice@smcm.edu.

“The stories were joyful, but also some were painful,” said Jennings. “After the formal interview part, they hung out in the hallway to talk, a springboard to new friendships, and relationships. Overall, it was spirit-affirming.

“I want people to walk out of the theater feeling empowered and engaged.”

Jennings, an American University theater professor, has been creating plays for discussions since the 1990s. Recently, she wrote such plays at Sidwell Friends in Washington, D.C., at Norfolk Academy, and at American.

“The play is partly in verse, and because of that there is a poetic, lyrical quality to the text that is incredibly captivating,” said Mark Rhoda, of the Department of Theater, Film, and Media Studies. “Caleen has a knack for echoing the lyrical in our daily lived experiences as interconnected human beings.”