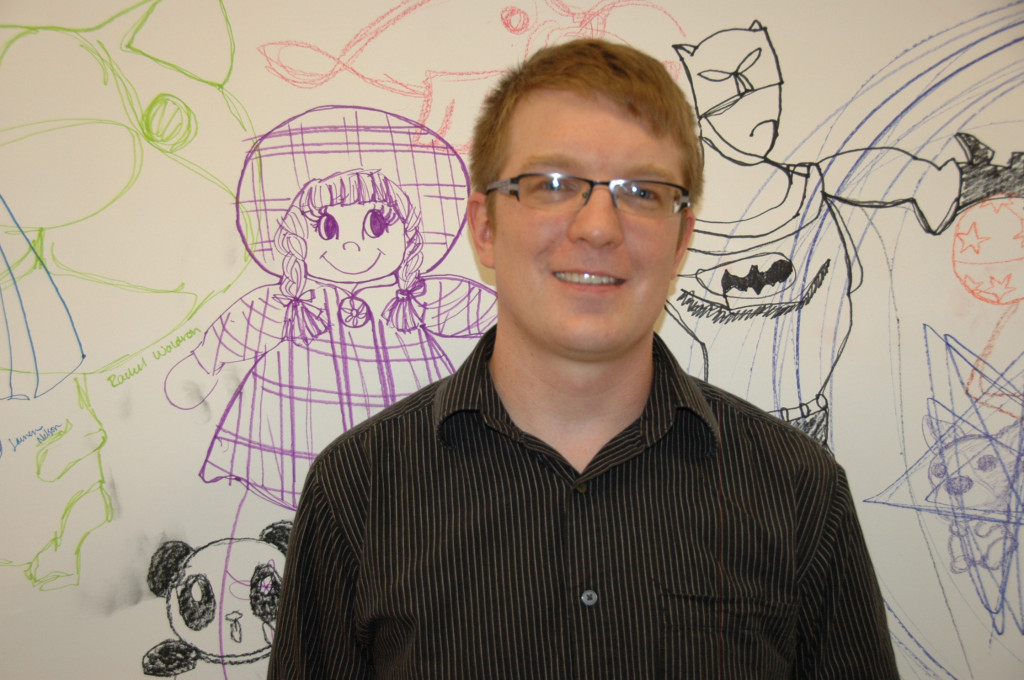 Billy Friebele, assistant professor of art at St. Mary’s College of Maryland, has been chosen for a Maryland State Arts Council (MSAC) Individual Artist Award in media/digital/electronic arts. The award comes with a $1,000 grant to support Friebele’s art.

The MSAC makes awards to Maryland artists annually through a competitive application process, aimed to promote and support artistic excellence across the state. This year, MSAC awarded individual works in the following categories: fiction; theater: solo performance; visual arts: media/digital/electronic arts; visual arts: painting; and visual arts: works on paper. The awards program is administered by the Mid-Atlantic Arts Foundation. The formal announcement of the MSAC Individual Artist Awards was made on Thursday, March 21.

Friebele, a 2012 Hamiltonian Fellow, has recently had his art featured in the American University Museum at the Katzen Arts Center exhibition “The Fellows Converge: The Obstructions,” as well as in the Corcoran College of Art and Design’s exhibition “This is Not a Museum: Portable and Lurking.” He has also exhibited in New York, NY; Detroit, MI; St. Louis, MO; Colorado, and Sarajevo, Bosnia.