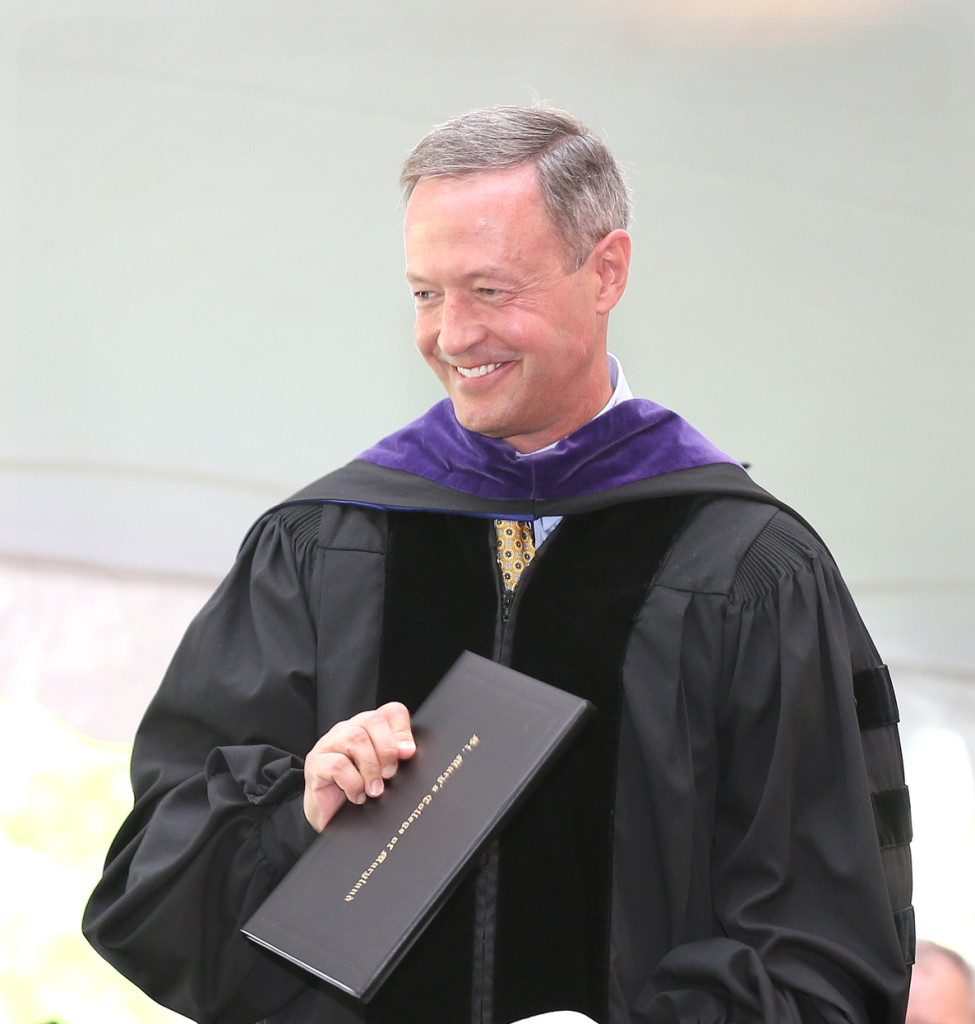 St. Mary’s College of Maryland graduated 450 students with the degree of Bachelor of Arts on Saturday, May 11. The Commencement address was delivered by Maryland Governor Martin O’Malley.

President Joseph Urgo’s charge to the Class of 2013 was: “Remember what you did here [as students at St. Mary’s College], draw on the inspiration of creative endeavor, critical response, and innovative collaboration, long after you have forgotten what you learned, long after you’ve forgotten my words, this charge, and this day.”

O’Malley encouraged the Class of 2013 by saying, “In a few moments, you will join a very select club. … Less than 7 percent [of the world’s population] have what you are about to receive: a college diploma. … With your diploma comes a responsibility of individual leadership … Leadership that creates common platforms to connect and empower individuals.” (Watch Gov. O’Malley’s Commencement address here.)

During the ceremony, honorary doctoral degrees were bestowed on O’Malley as well as long-time college philanthropist Tom Waring. “It seems fitting that we would acknowledge supporters of the college, one at the state level and one at the local level,” said Urgo in regards to the honorary degree recipients.

This year’s valedictorian was Lauren Elizabeth Dellman, of Cockeysville, Md., who was a double major in economics and English. Dellman told her fellow graduates, “It’s because of my friends and family I am at St. Mary’s. And, it is because of the faculty and staff, I’ve been so successful. We do not fail or succeed in isolation … share it [our college diploma] with the people that helped make it possible.”