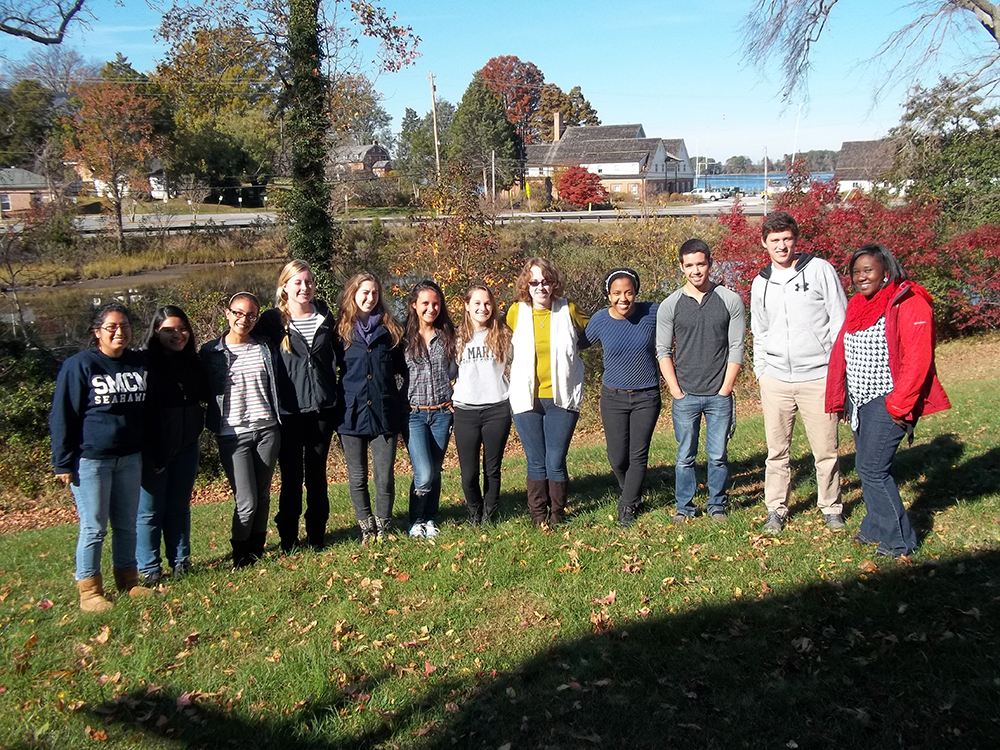 The Department of International Languages and Cultures introduced a new pilot course this fall semester. “Spanish in the Community,” cross-listed as ILCS 290 or 390, was taught by Associate Professor of Spanish Joanna Bartow and counts for coursework in either the Spanish major or minor.

Students in the class studied a host of immigration issues, including how immigration affects local Latino families and their children’s ability to receive a quality education, as well as the cultural differences between Hispanics and other groups of Americans.

As its namesake implies, community engagement was a major aspect of the course.  Students at the 200 and 300-level met for a total of 33 classes throughout the semester, and then they spent eight days alternating between in-class instruction and volunteering as tutors at local elementary schools. “The students were eager to use their language skills and cultural knowledge in a meaningful way,” Bartow said.

Bartow’s course was entirely taught in Spanish. All coursework, including journal entries, short reflective assignments and a final research paper, were completed in Spanish. Throughout, Bartow’s goal was to have students create a deeper connection between the college and the larger community—a need that Bartow says is being filled.

“Spanish in the Community” is intended to be offered every fall. Bartow notes that this semester has brought tremendous success. “A good relationship has been established with community partners in these schools, and some of the students even plan to continue their collaborations in the schools this spring for one independent study credit,” she said. The course was made possible by a grant from the Andrew W. Mellon Foundation.