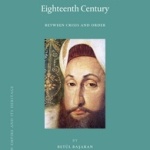 Associate Professor of Religious Studies Betül Başaran’s book Selim III, Social Order and Policing in Istanbul at the End of the Eighteenth Century has been published by Brill as part of “The Ottoman Empire and its Heritage” series. Başaran examines the beginnings of large-scale population control and crisis management in Istanbul, and urges us to go beyond mechanistic models of borrowing that focus primarily on European influence in discussions of Ottoman reform and “modernity”. The book will be available in July, and can be preordered on Amazon and Brill.

Başaran recently discussed the book and presented a paper at the Second International Conference on Ottoman Istanbul in Turkey.