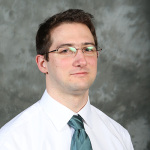 English major and Publications and Media Relations Fellow Ted Pugh ’14 earned an Apex Award of Excellence for feature writing. Pugh’s article, “Playing his Cards: The Legacy of Paul Reed Smith and the Guitars that Built Him” was published in the winter 2014 edition of The Mulberry Tree. In the article, Pugh catches up with Paul Reed Smith, former St. Mary’s student and designer of custom-made guitars. Pugh chronicles the evolution of Paul Reed Smith Guitars and adds a personal touch on how Paul Reed Smith has inspired him as a musician. The award is the seventh Apex award won by the College’s Publications and Media Relations staff.

The 26th annual Apex 2014 Awards for Publication Excellence competition is sponsored by Communications Concepts, Inc., an organization providing services to publications, public relations, and marketing professionals to improve their programs.  The competition received roughly 2,100 entries and 832 awards of excellence were distributed amongst 122 subcategories. The submissions are judged on graphic design, editorial content and the success of the entry in communications effectiveness and excellence.