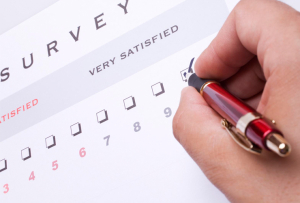 -Respondents reaffirmed Governor Hogan’s path to victory, with 49% approving and 21% disapproving of his job performance. A majority feel that their family financial situation will remain about the same as a consequence of the Maryland General Assembly and Governor Hogan’s actions this year.
-Marylanders rate President Obama negatively, with 51% disapproving his job performance.
-Marylanders disapprove (62% to 29%) of Governor Hogan’s projected 5% tuition increase for the University System of Maryland.
-Marylanders are opposed to cuts to the GCEI and other public school funding formulas 49% to 32% and most Marylanders either oppose increasing funds to charter schools or would increase such funds only under certain conditions. The predominant condition cited is restoring or increasing public school funds.
-Slightly more Marylanders (33%) favor fracking than last year (31%). Those opposed to fracking have markedly increased from 35% to 43%. These increases have come as 10% fewer Marylanders are indecisive.
-Most (59%) Marylanders favor repeal of the “Rain Tax” (the Stormwater Remediation Fee), but 52% of those and 58% of all Marylanders approve of the Phosphorus Rule.

To download the complete survey results and analysis, visit www.mdsurvey.org.