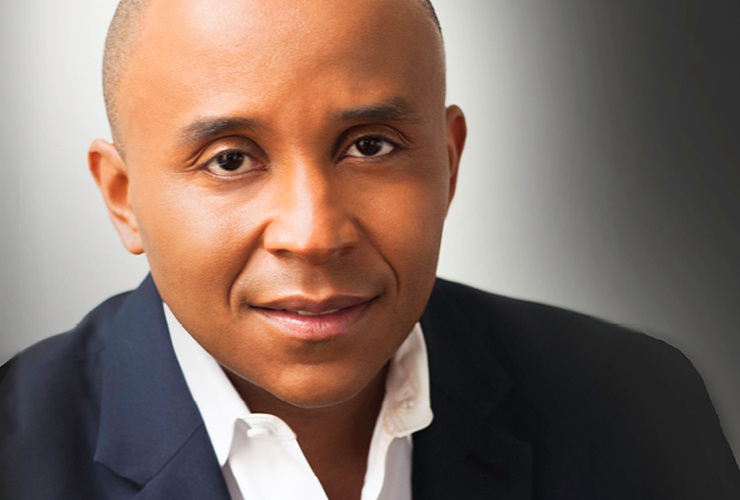 St. Mary’s College of Maryland is pleased to announce that Rashad Robinson, executive director of ColorOfChange, the nation’s largest online civil rights organization, will be the 2015 Commencement keynote speaker. The Commencement ceremony will be held on the college’s Townhouse Green on Saturday, May 16, starting at 10 a.m.

Under Rashad’s leadership, ColorOfChange has grown its membership to over one million people nationwide. In 2015, Fast Company named ColorOfChange the sixth “Most Innovative Company” in the world, “for creating a civil rights group for the 21st century.”

Since 2005, ColorOfChange has been a leading force in holding government and corporations accountable to Black people and advancing visionary solutions for building a just society. For the past four years, Rashad has greatly expanded the scope and impact of the organization, and continued to build a member-driven movement around the issues that matter most to Black folks. From fighting for justice for Michael Brown, Eric Garner, Renisha McBride and Trayvon Martin, to battling attempts to suppress the Black vote—including by playing a pivotal role in nationwide efforts to end felony disenfranchisement—to helping shape the successful strategy in the fight to protect a free and open Internet, ColorOfChange has been at the forefront of the most critical civil rights issues of this century.

Under Rashad’s leadership, ColorOfChange developed and led the national campaign against the right-wing policy shop, the American Legislative Exchange Council (ALEC). After exposing ALEC’s involvement in passing discriminatory voter ID and harmful Stand Your Ground laws, ColorOfChange pushed over 90 corporations to end their financial support of ALEC. As a result, ALEC disbanded the Public Safety and Elections task force—the committee responsible for drafting those harmful laws. Leveraging his strategic expertise in culture change and large-scale messaging projects in Hollywood, Rashad has led ColorOfChange’s work to change the systemic practices in news, entertainment and reality television production that result in widespread inaccurate and dehumanizing portrayals of Black people.

A thought leader in civil rights, social change, and technology-driven activism, Rashad has appeared in hundreds of news stories, interviews, and political discussions in media outlets such as ABC, BET, CNN, MSNBC, OWN, the New York Times, Fast Company and NPR. His op-eds have appeared in the New York Times, the LA Times, Newsday and Huffington Post, among others. For the past five years, the Washington Post’s “The Root” has named Rashad to “The Root 100,” a list of influential African Americans under 45. In 2015, Ebony magazine named Rashad a breakthrough leader in the fight for justice. Rashad is also the proud recipient of the ADCOLOR Advocate Award and the Transforming America Award from Demos.

Prior to his work at ColorOfChange, Rashad served as Senior Director of Media Programs at the Gay and Lesbian Alliance Against Defamation (GLAAD), where he led the organization’s programmatic and advocacy work to transform the representation of LGBT people in the media. At GLAAD, Rashad developed and executed the organization’s strategic direction in developing research-based messaging to shift public opinion, helping to fuel the major political shift around LGBT rights in America. Previously, Rashad held leadership roles at the Right to Vote Campaign and FairVote.