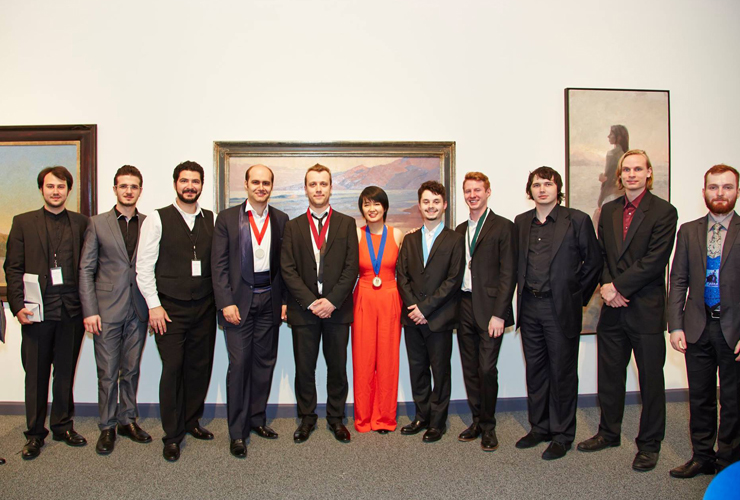 Meng Su, instructor of guitar at St. Mary’s College of Maryland, is the gold medal-winner of the 2015 Parkening International Guitar Competition, the world’s preeminent guitar competition.

Su took the gold medal with her rich interpretation of Joaquin Rodrigo’s “Concierto de Aranjuez” at Pepperdine’s Smothers Theatre during the sold-out final round on Saturday, May 30. She received the Jack Marshall Prize of $30,000, the most prestigious title in classical guitar, in addition to her medal.

Su, with guitarist Yameng Wang, make up the globetrotting Beijing Guitar Duo. The duo’s debut CD, released in 2009, received a Latin-Grammy nomination for the titled piece, “Maracaipe.” Most recently, the duo has been performing with Maestro Manuel Barrueco in trio in Europe and the United States. Their first trio CD, “China West,” was released in May 2014.

The Parkening International Guitar Competition, which debuted in 2006 and consists of three days of intense public performances, offers the largest prize purse of any classical guitar competition in the world, with competitors vying for cash awards that total in excess of $65,000. 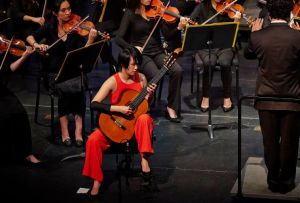 Su was also the winner of the 2006 inaugural Parkening Young Guitarist Competition, and is the first female guitarist to make it both to the final round of the main competition and to win the gold medal. She obtained her performer’s certificate and graduate performance diplomas in both guitar and chamber music from the Peabody Conservatory in Baltimore, Md., where she is currently completing her master’s degree.