In her new collection of essays, From Curlers to Chainsaws: Women and Their Machines (Michigan State University Press, 2016), Professor of English Jennifer Cognard-Black and her 23 contributors explore the many roles machines play in women’s lives. 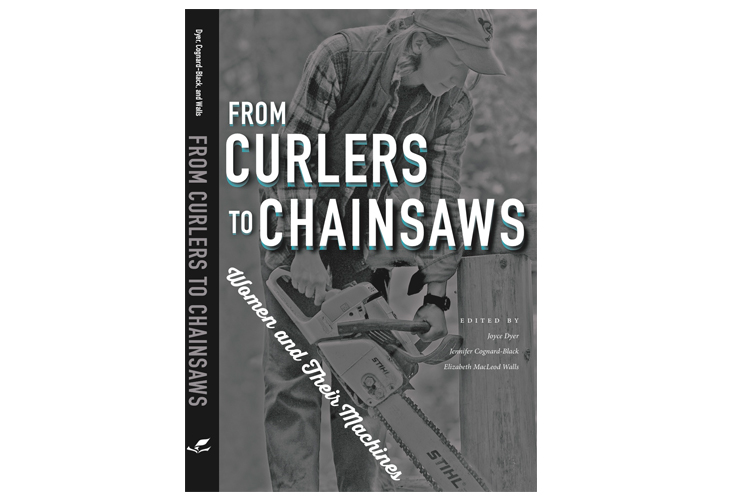 What inspired you to create this collection?

My co-editor, Joyce Dyer, was a visiting writer for VOICES.  Over fried fish at Courtney’s, another writer — Norma Tilden — told us about an essay she’d just written about her mother’s Maytag washing machine from the 1930s. This led to a conversation about gender and machines, and how women and men interface with thingamagigs in specific ways and for specific cultural reasons. Joyce talked of her mother’s Singer sewing machine, and I spoke of my long-standing love/hate relationship with the curling iron. Thus, the idea was born to pull together this anthology.

How are the essays connected to one another?

Who are the contributors?

This book represents a diversity of voices. There are academic women and professional writers, of course, but there are also women who work for the national park service; gay and straight women; women of color and white women; women from working-class backgrounds and those from affluent ones; women who were born in the U.S. and those from abroad. These women front for bands, take pictures, cook elaborate meals, mow lawns, and are both college presidents and midwives.

How does this fit into your other projects?

I have always studied how women grapple with the authority of authorship, and these essays do that as well — even though the women are also grappling with their identities relative to tools. This struggle is particularly poignant since women’s own bodies have often been seen as machines: sex machines, domestic machines, food provision machines. So there’s a way in which the women writers in this collection are resisting that construction, insisting upon their agency against and with the agency of the machine itself.

How is this book different from other books on this subject?

Books currently available about the relationships of women to their machines are, largely, either scholarly and theoretical, or descriptive and philosophical. As such, over the past two decades, books on women and machines have often focused on cyborg theory and the possibility of a post-gender society. To my and my co-editors’ knowledge, no one else has approached this topic as we have, through a series of personal essays.

How is this book tied to St. Mary’s College?

Like Books that Cook: The Making of a Literary Meal, this volume is in many ways a St. Mary’s project. Though not specifically tied to a specific class, numerous contributors either participated in past VOICES readings or have taught for St. Mary’s as visiting  professors. And a past SMP student of mine, Monica Frantz, has her first published essay in this book! It’s a piece in which she talks about her own hands as her most important “machine” in her role as a nurse-midwife.

There will be a VOICES reading on campus on Thursday, October 27th, 2016, with Jennifer Cognard-Black and a number of the contributors to celebrate this newly published collection.