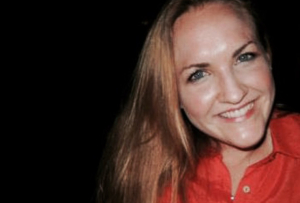 St. Mary’s College of Maryland Class of 2013 graduate Caitlin Kennedy has been selected as a finalist for a 2016-2017 Fulbright U.S. Student Award to Thailand. Kennedy will travel to Thailand in the fall 2016, where she will work as an English teacher and a cultural ambassador. A native of Gaithersburg, Md., Kennedy majored in mathematics with a minor in African studies at St. Mary’s College. Over the years following graduation from St. Mary’s, she has traveled to various parts of the world including Australia, South East Asia, India, and Haiti. She currently lives in D.C.

Sponsored by the U.S. Department of State’s Bureau of Educational and Cultural Affairs, the Fulbright U.S. Student Program offers grants to qualifying graduating seniors and recent bachelor’s degree graduates for research projects and English teaching assistant programs in countries outside the U.S. for one academic year.

On being named a finalist for the scholarship, Kennedy said, “I am so honored and grateful to have been selected as a finalist for a Fulbright Award to Thailand. I truly believe that it is because of the inspirational professors I had at St. Mary’s, and the many unforgettable experiences which took place during those four years on the river, that I have ended up where I am today. I look forward to learning from and with the teachers and students in Thailand.”

The Fulbright U.S. Student Program is a highly competitive scholarship program; only about eighteen percent of all applicants are awarded as Fulbright Scholars.