At 1.5 feet long and 6 inches wide, it is not much bigger than a bread box, but the lidar laser that St. Mary’s College alumnus Paul Stysley (’99 – Physics) is working on for NASA’s Global Ecosystem 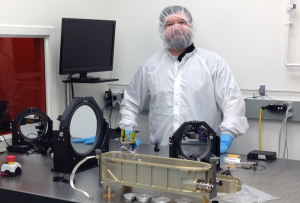 For years now, the scientific consensus has been that climate change is happening and that it is being fueled (literally) by greenhouse gasses produced by human activities such as driving cars and heating our homes. The challenge that scientists face is accurately forecasting the rate of global warming, and how significant the doubling of atmospheric carbon dioxide (CO2)—predicted to take place over the next 50 to 100 years—will be.

Current climate models predict a rise in global temperatures of 4-9°F, which in terms of ecological impact is a huge difference, with potentially catastrophic consequences. One of the main sticking points in these models are the unknowns in the data about the planet’s total biomass and how it sequesters carbon.

NASA’s GEDI mission has four objectives:(1) quantify the distribution of above-ground carbon at fine spatial resolution; (2) quantify changes in carbon resulting from disturbance and subsequent recovery; (3) quantify the spatial and temporal distribution of forest structure and its relationship to habitat quality and biodiversity; and (4) quantify the sequestration potential of forests over time, under changing land use and climate conditions.

To accomplish these goals, NASA plans to install a lidar on the Japanese Experiment Module (JEM) on the International Space Station, and to use it to map the earth’s vegetation from space. Stysley is a Product Design Lead for the GEDI Laser at the Goddard Space Flight Center outside of DC, where they have been building and testing the laser design for almost a decade. Missions deploying this laser have been slated but cancelled several times already due to lack of funding. The laser is currently slated to launch in late 2018 or early 2019, and Stysley is hopeful that this mission will go forward because project costs are now one-fifth of what they used to be, thanks to the space available on JEM.

In the meantime, Stysley and his team are readying the laser for its mission, which is no small task. “We need optics to create a certain beam size on the ground,” Stysley explained, “but once we have met all of the technical specs for gathering the data, we still need to qualify the laser for space travel, which means things like thermal vacuum tests and vibration tests that simulate the stressors the instrument will experience getting to its destination.”

Unlike other space lasers that have used a Master Operator Power Amplifier (MOPA) design, the GEDI laser is an oscillator-only system. In layman’s terms, this means it has a simpler structure with fewer parts, which increases reliability and reduces cost for space applications.

When the laser makes it to the Space Station, it will be a game changer for climate modeling. “Up until now, most of the biomass indexinging has been done by grad students in the field taking samples or people flying over forests in airplanes,” Stysley notes. “We have never had a mission completely devoted to mapping the earth’s vegetation from space. Lidar, in contrast to radar, can produce remarkably accurate data about the age of forests and how much carbon they sequester relative to how much humans put out.”

While Stysley never thought he would be working on lasers when he was an undergrad, he is living out his lifelong dream of working for NASA. He credits his liberal arts education for his success in the field. “The SMCM Physics Dept taught me how to work independently and I was afforded the opportunity to make what I wanted out of my education,” he recalled. “That has helped me at NASA. It is not about knowing everything when they hire you; they want you to be able to figure things out alone and adapt to the situation, to use creativity along with scientific knowledge.”

He also attributes his move into a managerial role at NASA to his time at SMCM. “A lot of what we do at NASA, in addition to cutting-edge engineering, is writing reports, submitting grant proposals and giving presentations,” he explained. “It was at St. Mary’s that I learned to do a lot of those things well. The school taught me how to communicate properly through writing and speaking, which is something I’d struggled with in high school. In graduate school, I was completely buried in bookwork , but it did not matter by then because I already knew how to research and write a 20-page paper on deadline. The skills I gained at SMCM have made a significant difference in my career.”

It is encouraging to know that we will soon have better data about the planet we live on and our long-term impact on its climate. Hopefully, the information we gather from space will help us become better stewards of the Earth.

Read next: Student research: Industrial composting in St. Mary’s County could be a reality soon >> 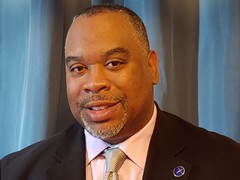 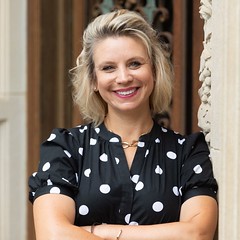 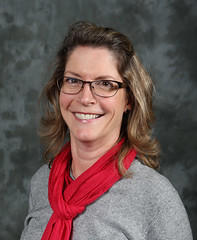