St. Mary’s College of Maryland is pleased to announce that Kojo Nnamdi, host of WAMU’s “The Kojo Nnamdi Show” and “The Politics Hour,” will be its 2016 Commencement keynote speaker. The 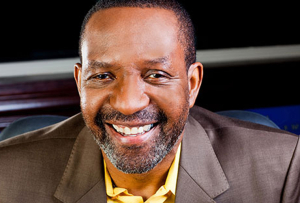 Commencement ceremony will be held on the college’s Townhouse Green on Saturday, May 14, starting at 10 a.m.

Nnamdi has hosted the WAMU-FM interview program that bears his name since 1998. Nnamdi has received much acclaim throughout his career, including being named “Best Radio Personality” by Washington City Paper and one of the “150 Most Influential People in Washington” by Washingtonian magazine. In 2010, Nnamdi’s name-bearing show received the James Beard Foundation Award for “Best Audio Webcast or Radio Show.”

In addition to his hosting duties, Nnamdi has chaired the board of the Public Access Corporation of Washington, D.C., since 1997. He is also active in Guyaid, an organization devoted to the welfare of children in Guyana.