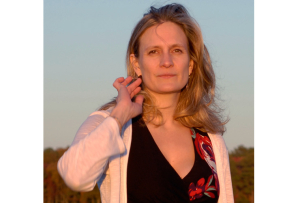 From Curlers to Chainsaws, is an anthology of essays co-edited by Cognard-Black, Joyce Dyer, and Elizabeth MacLeod Walls. The essays explore the serious, silly, seductive, and sometimes sorrowful relationships between women and their machines, focusing not only on their functions but also on their powers to inform identity.

Cognard-Black received her B.A. in English from Nebraska Wesleyan University, her M.A. in fiction writing from Iowa State University, and her Ph.D. from The Ohio State University in nineteenth-century literature and feminist theory. Her specialties include women writers, the novel, Victorian literature and culture, fiction writing, and the literatures of food. A Fulbright scholar to Slovenia as well as the recipient of a Norton T. Dodge Award for Creative and Scholarly Achievement, Cognard-Black’s books include “Narrative in the Professional Age” (Routledge, 2004); “Kindred Hands” (Iowa UP, 2006); “Advancing Rhetoric” (Kendall/Hunt 2006); and “Books that Cook: The Making of Literary Meal” (NYU Press, 2014).