SMCM Newsroom > Campus & Community > From the Mouths of Musicians

The River Concert Series is an annual music event that takes place at St. Mary’s College of Maryland. Featuring the Chesapeake Orchestra under the musical direction of Jeffrey Silberschlag, the concert has a range of musical performances from serious classical composition to contemporary to jazz. Each year, St. Mary’s College music students apply to be considered for intern positions that enable them to perform with the Chesapeake Orchestra and assist with the arts administration duties required to put on the River Concert Series.

From the mouths of musicians, this is what three of the interns had to say: 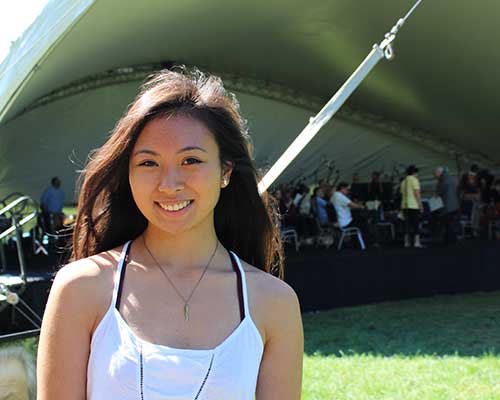 “My favorite thing to do on the piano is to play music with other musicians. There is nothing better than being able to connect with another person through playing music together. Playing Darius Milhaud’s Scaramouche was like falling in love with the piano again. It was something that I wanted to do, and it is something that I achieved.”–Rosemary Ligsay ’18, from Laurel, Md., is an accomplished pianist and currently studies music with Brian Ganz.

“As of yet, I don’t have a favorite piece that I have performed but as a composer there is a piece that I am fairly proud of composing. It is a choral piece set to a poem named “The Apology” by Ralph Waldo Emerson. Overall, it took me two months to compose and that doesn’t count the editing of the piece which continues to be an ongoing process. It is going to be performed by the St. Mary’s Choir next semester, and although it has yet to be performed, I am very happy with the way it has turned out.” –Sean Jeffers ’17 is from Bethesda, Md. He loves to explore many different types of music, and plays the piano and the guitar.

“One of the pieces I’m most proud about performing is Shostakovich’s Second Piano Trio. I performed that my junior year with my two best friends, and it was an unforgettable experience. The three of us worked so hard to be able to perform such a challenging piece. That semester I also performed Haydn’s First Cello Concerto with the St. Mary’s College Orchestra, and I’m so grateful to Jeff [Silberschlag] for letting me have that opportunity.” –Amanda Durst ’16 graduated from St. Mary’s College of Maryland in May. She is a cellist from Hollywood, Md. 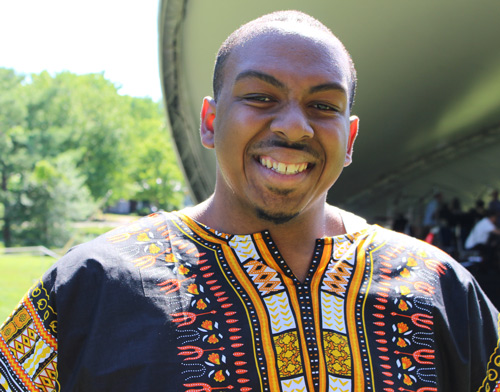 “My favorite musical moment actually happened when I was studying abroad in Ireland. I studied at the University College of Dublin. Each year they put on a school musical and in 2014 they chose Bonnie and Clyde. They were searching for a saxophonist, and luckily I had my saxophone available in Ireland. At the first practice, I was given the first reed part, which had parts for saxophone, clarinet, French/English horn, and oboe. To play all this music I had to transcribe the notes for my instrument, which is one of the skills I learned from the SMCM music department. After a month, we were ready for the full week’s worth of performances, and the show turned out fantastic. It was a joy to play with a group of musicians, and use my skills from SMCM, while abroad. “–Jordan Mcrae ’16 graduated from St. Mary’s College of Maryland in May. He is a saxophonist and participated in SMCM’s jazz band.