St. Mary’s City, MD) August 22, 2016 – Each year, the Museum Studies Program at St. Mary’s College of Maryland sponsors Museum Studies Week, an event that showcases the work museums are doing to preserve and interpret the nation’s natural and cultural heritage. The theme for this year’s Museum Studies Week, Tuesday–Thursday, Sept. 20-22, is “Thefts, Frauds, and Hoaxes,” with two well-known and highly regarded speakers, including the founder of the FBI’s National Art Crime Team. In addition, Randy Larsen, professor of chemistry at St. Mary’s College, will use some of the sophisticated new equipment in the newly-opened Anne Arundel Hall to identify possible “fakes” in the St. Mary’s College art collection.

James Southerland, professor of history at Brenau University, will tell the story of the mysterious Dare Stones on Tuesday, Sept. 20, at 4:10 p.m. in Cole Cinema, Campus Center. In 1937, in the woods of North Carolina, a man recovered a stone purported to be the grave marker of Virginia Dare and her father. The stone, dated 1591, was carved with information about what happened to the “Lost Colony” at Roanoke. When forty more “Dare” stones came to light, however, the stones were all declared to be hoaxes. Now, scientists and historians aren’t so sure – at least about the first stone discovered.

The following evening, on Wednesday, Sept. 21, at 4:45 p.m. in W203, Anne Arundel Hall, Professor Larsen will test objects from the College’s art collection using sophisticated instruments in the College’s brand new, fully-equipped Museum Studies Lab. Larsen will focus his testing on objects in the collection thought to be fakes. He will also test copper found at an Indian town in Chaptico to determine if it is Great Lakes copper or European copper. Don’t miss this opportunity to see the new lab and its amazing equipment. NOTE: Because seating is limited in the Museum Studies Lab, reservations are required: jking@smcm.edu.

On Thursday, Sept. 22, at 4:10 p.m. in Cole Cinema, Campus Center, Robert K. Wittman, a retired special agent with the Federal Bureau of Investigation and author of “Priceless: How I Went Undercover to Rescue the World’s Stolen Treasures,” will describe some of the most shocking international heists in history and the forensics used to solve these crimes. Wittman has gone undercover to rescue works by Rockwell, Rembrandt, Picasso, and Monet. His daring risks have helped to make sure the world’s treasures remain where they belong.

All presentations are free and open to the public. For more information about these talks, Museum Studies Week, or the Museum Studies Program at St. Mary’s College, contact Julia King at jking@smcm.edu. 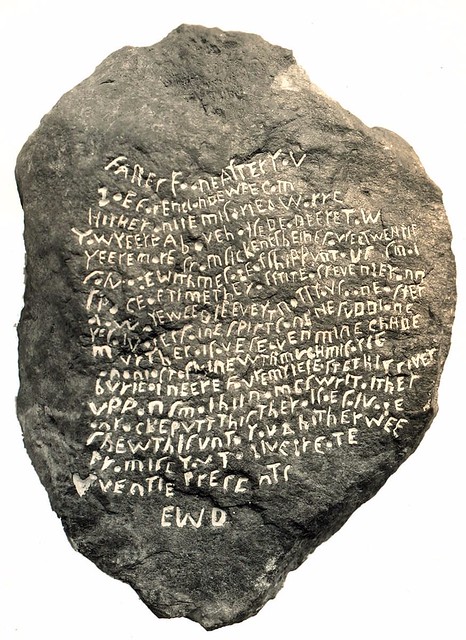