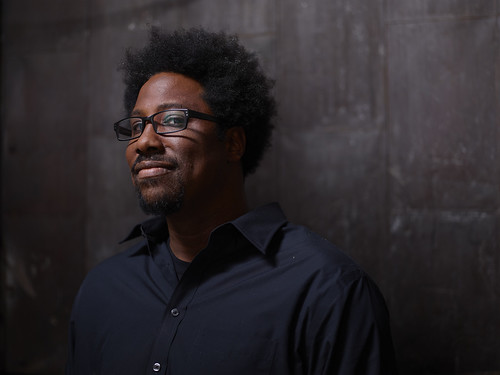 (St. Mary’s City, MD) Aug. 29 —W. Kamau Bell, comedian, political satirist and host of CNN’s “United Shades of America,” will appear at the Michael P. O’Brien Athletics and Recreation Center on Thursday, Sept. 15beginning at 8 p.m., with an audience question and answer period immediately following the event. Doors open at 7:30 p.m., and seating is first-come, first-served. Presented by the Mark Twain Lecture Series on American Humor and Culture Laughing to the Polls, The W. Kamau Bell Curve: Ending Racism in about an Hour is free and open to the public.

Called “the most promising new talent in political comedy in many years” by the New York Times, Bell has released two stand-up comedy albums: “One Night Only” and “Face Full of Flour.” “Face Full of Flour” was named one of the Top 10 Best Comedy Albums of the year by iTunes and Punchline Magazine.

Bell has appeared on various Comedy Central programs including “John Oliver’s New York Stand-up Show,” and other programs including HBO’s “Real Time with Bill Maher,” “WTF with Marc Maron,” “The Rachel Maddow Show,” “Fresh Air with Terry Gross,” “The Nerdest,” and “The American Life,” among others.

His writing has appeared in VanityFair.com, Salon, MSNBC, Buzzfeed, Los Angeles Book Review, and The Hollywood Reporter. He is also featured on a weekly podcast with fellow comedian Kevin Avery entitled Denzel Washington is The Greatest Actor of All Time Period.