Sandro Del Rosario’s film “Lo Sguardo Italiano – The Italian Gaze” was selected for the Richmond International Film Festival. Del Rosario is a visiting assistant professor of digital media/animation at St. Mary’s College of Maryland. It will be shown Saturday, March 4, at BowTie Movieland 2 in Richmond, VA.

Del Rosario, an Italian artist who emigrated to the United States, looks back at his native country through an animated film made with more than 7,000 hand-colored, oil-painted photographs.

The portion of the festival  he will be featured in is called International Shorts Spotlight 2. It will also feature “Parade de Satie”; “My Life I Don’t Want”; “The Catcher;” and “Java” from other directors.

The 14-minute HD color film “Lo Sguardo Italiano – The Italian Gaze” had its world premiere at the Denver Film Festival is 2016.

Go here for more information on the International Shorts Spotlight 2 and other details about the Richmond International Film Festival. 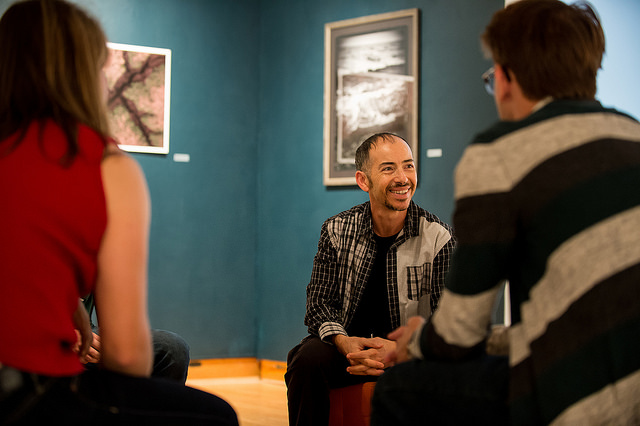