Produced by the Department of Theater, Film, and Media Studies and directed by faculty member Amy Steiger, with original music by SMCM student Robert Hayes, “Eurydice” is playwright Sarah Ruhl’s contemporary poetic retelling of the Orpheus/Eurydice myth imagined from Eurydice’s perspective. Written partly as a way for Ruhl to “have a few more conversations with [my father]” who had died 10 years before she wrote her play, “Eurydice” is a theatrical fantasia on love and loss, longing and memory, music, water, and time.

An informal talk-back with cast, crew, and director follows the opening night performance. 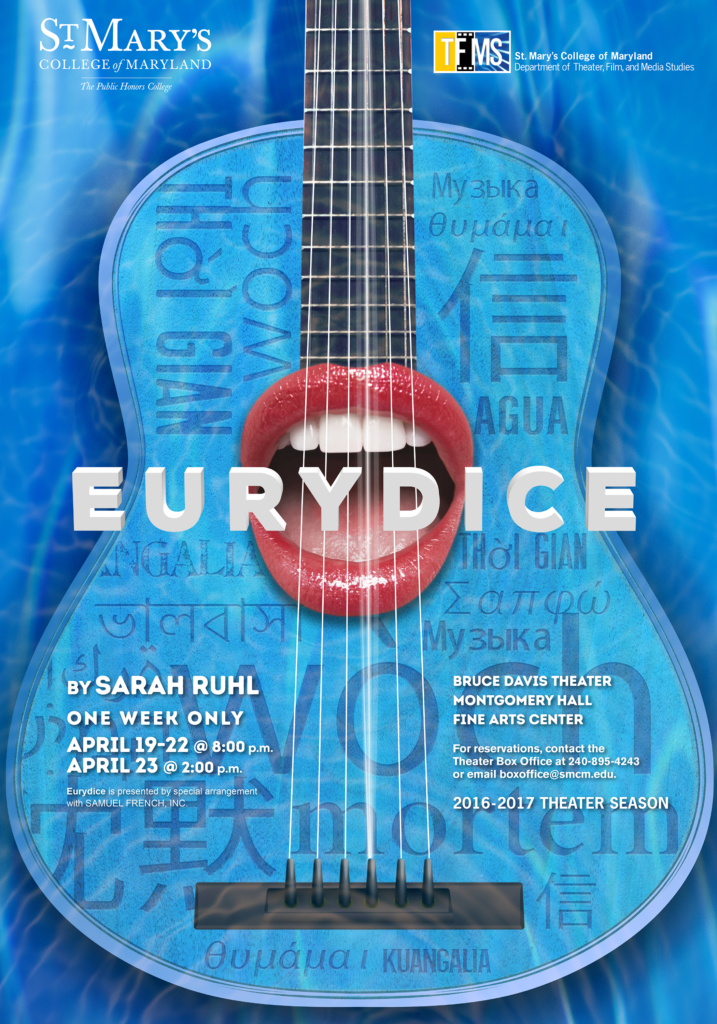