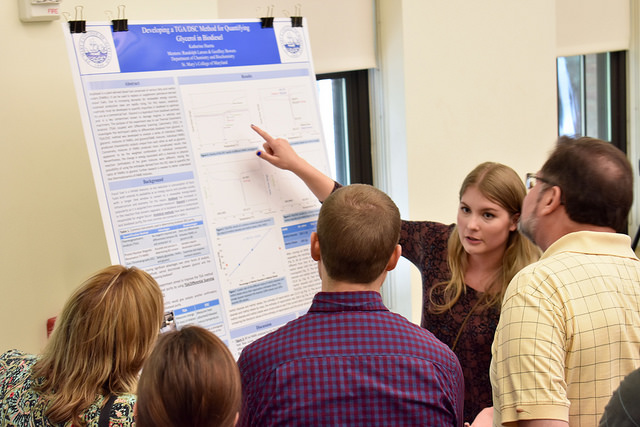 For eight weeks this summer, 13 students participated in the annual St. Mary’s Undergraduate Research Fellowship (SURF), diving into research topics of their own choosing with guidance from faculty mentors.

On Friday, July 7, students presented their projects to an audience of peers and professors at the annual SURF symposium held at the Glendening Annex.

The program, formerly known as SMURF, began in 2012. SURF is a competitive program, with about a 50 percent acceptance rate.

“SURF gives students at all stages of their college experience the opportunity to undertake intensive research, scholarship, and creative work under the guidance of a faculty mentor with the support of an interdisciplinary cohort to talk about how their work will translate into the world beyond St. Mary’s,” said Katie Ganz, professor of French, who co-directed SURF this summer along with Christine Wooley, associate professor of English, and Liz Leininger, assistant professor of neurobiology.

“I want to congratulate our students on living the idea of lifelong learning,” said Provost Mike Wick at the symposium.

SURF participant Mitch Vicieux ‘17 (art) said that SURF may seem like it is geared toward STEM areas but it is a great opportunity for so many other disciplines. She said SURF is an “excellent opportunity for art and film majors” looking to create their own film, exhibition or body of work.

She said SURF is also a good way for artists and film majors to present their work to interdisciplinary audience.

His period of focus was from 200 BCE to 1600 CE and his area of focus was the Wicomico River watershed in St. Mary’s and Charles counties.
After his presentation, Boarden said he enjoyed the SURF experience and would recommend it to other students.

SURF is made possible by support from the St. Mary’s Foundation and the DeSousa-Brent Scholars Foundation in addition to a number of internal funding sources. A portion of the funds go toward a stipend for the students, as well as room and board for the eight weeks.

For more photos of the 2017 SURF program view this album on Flickr. 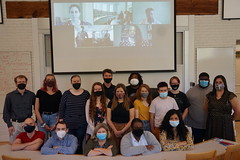 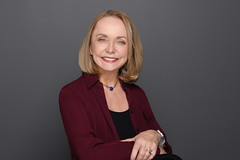 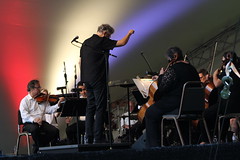 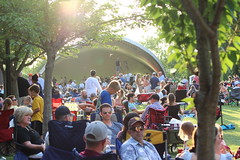