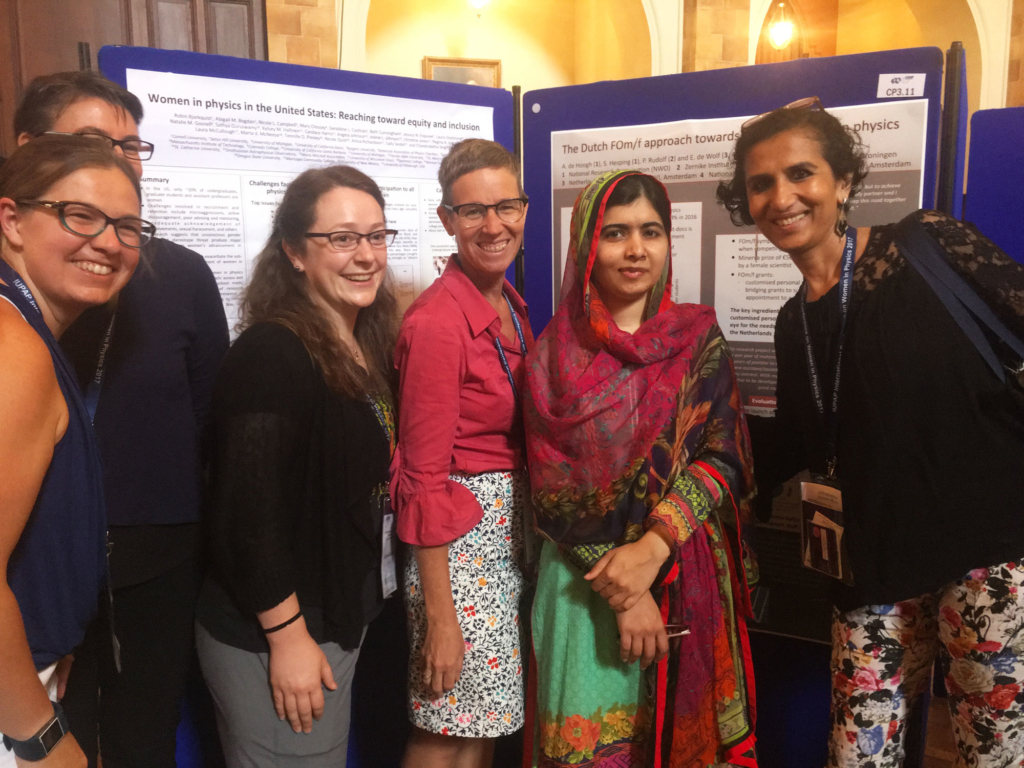 Angela Johnson, professor of educational studies at St. Mary’s College, was published in the September issue of The Physics Teacher by the American Association of Physics Teachers. The September issue is themed on race and physics, and Johnson’s paper documents and validates the challenges that women of color in physics face, including the activation of stereotypes, isolation, and microagressions.

According to Johnson, “This paper will be useful for any professor who wants to make their department a healthier place for women students of color – especially professors teaching in subjects like physics where women of color are drastically underrepresented.”

The second part of the paper presents the findings of a separate study which describes actions taken by faculty in a physics department where women of color are thriving. Not mentioned in the article, the St. Mary’s College physics department was the basis for the second paper. The paper highlights the positive approaches to improving these extra burdens faced by women of color.

According to Associate Professor of Physics Joshua Grossman, “The physics department made a deliberate decision to actively tackle the problematic issues that tend to exclude students from underrepresented groups. This improves the education of all students. Students in our classes frequently work together to solve problems. We discuss what constitutes good teamwork, and we grade students on it. Part of this involves discussing the value of inclusive behavior, making ourselves and students aware of biases, and intervening to stop exclusionary behaviors.  We promote a growth mindset — the idea that everyone can acquire and improve skills — and we debunk the myth that physicists must act and look like Albert Einstein, for example.”

Grossman went on to describe how the department actively fosters a community outside of the department through study groups and activities, and how they recruit underrepresented students through the Emerging Scholars Program, an enrichment program designed to increase those students who excel in STEM programs.

“Common Challenges Faced by Women of Color in Physics, and Actions Faculty Can Take to Minimize Those Challenges” is co-authored by Maria Ong, Lily T. Ko, Janet Smith and Apriel Hodari.