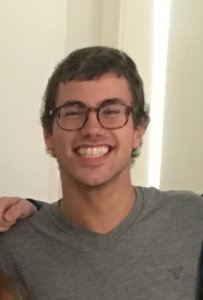 Psychology and international languages and cultures (Chinese) major Benjamin Ertman ’18 has authored a paper with Eduardo Romano, senior research scientist at the Pacific Institute for Research and Evaluation. Ertman interned under Romano at the institute over the summer of 2016 where he was tasked to conduct basic research including data manipulation and initial tabulations necessary for this study. The article, “Determinants of Driving Under the Influence of Alcohol or Drugs Among Latino Immigrants in Miami-Dade County, Florida,” (Taylor & Francis Online) examines the driving while impaired by alcohol and drugs behaviors of Latino immigrants who have access to a vehicle. Many immigrants of low socioeconomic status do not drive while impaired due largely to limited access to a vehicle. Mariana Sánchez and Mario De La Rosa are also listed as authors.