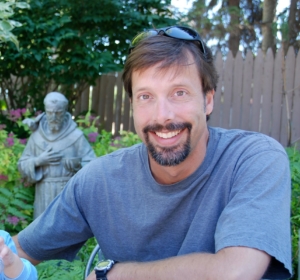 St. Mary’s College of Maryland Biology Professor Jordan Price will discuss the evolution of sexual dimorphism in female songbirds on Wednesday, April 11 at 4:40 p.m. in Schaefer Hall, room 106, on the College’s campus. The talk, titled, “Female Songbirds Aren’t So Dull After All: Reconstructing the Evolution of Sexual Dimorphism,” is the final lecture in the Natural Science and Math Colloquium Series. It is free of charge and open to the public.

Researchers have long focused on why male songbirds have such colorful plumage and sing such elaborate songs, while females are relatively dull and quiet. This sexual difference was fundamental to the formulation of Darwin’s theory of sexual selection. Recent studies, however, show that sexual differences in songbirds can be due to females losing these conspicuous traits rather than males gaining them. Although male traits appear more divergent across species today, females have undergone more frequent and rapid changes in the evolutionary past. These new findings cause us to rethink some of Darwin’s theories regarding differences between the sexes.

Price is a professor of biology and the Steven Muller Distinguished Professor of the Sciences at St. Mary’s College. His research integrates techniques from behavioral ecology and molecular phylogenetics to investigate the evolutionary histories of animal traits, especially the behaviors, sounds, and color patterns of birds. He received his Ph.D. from the University of North Carolina at Chapel Hill and B.Sc.H. from Queen’s University in Canada.