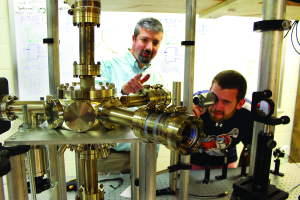 Josh Grossman, associate professor and chair of the physics department at St. Mary’s College of Maryland, has had a letter published in Physics Today, the magazine of the American Institute of Physics (AIP).  Titled, “Broad Academic Experience is Best,” the letter rebuts a critique of broad educational requirements in U.S. higher education.  Grossman cites several points of evidence showing disproportionate successes in physics and in careers by graduates of U.S. liberal arts colleges.

In 2017, the physics program at St. Mary’s College was highlighted as a model in Phys21: Preparing Physics Students for 21st Century Careers, a report by the American Physical Society and the American Association of Physics Teachers, both members of AIP.