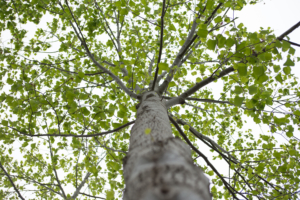 The U.S. Environmental Protection Agency (EPA) has recognized St. Mary’s College of Maryland as a Conference Champion in the 2017-18 College and University Green Power Challenge. St. Mary’s College currently uses more green power than any other school in the Capital Athletic Conference.

Since April 2006, EPA’s Green Power Partnership has tracked and recognized the collegiate athletic conferences with the highest combined green power use within the program. The Conference Champion Award recognizes the school that uses the most green power in a qualifying conference.

In the 2017-18 challenge, the 38 collegiate conferences and 109 schools competing collectively used nearly 3.6 billion kWh of green power. EPA’s Green Power Challenge is open to any collegiate athletic conference in the United States. To qualify, a collegiate athletic conference must include at least two schools that qualify as Green Power Partners, and the conference must collectively use at least 10 million kWh of green power. EPA will restart the 13th season of the College and University Green Power Challenge in fall 2018 and conclude it in spring 2019. For more information, visit: www.epa.gov/greenpower/college-and-university-challenge.