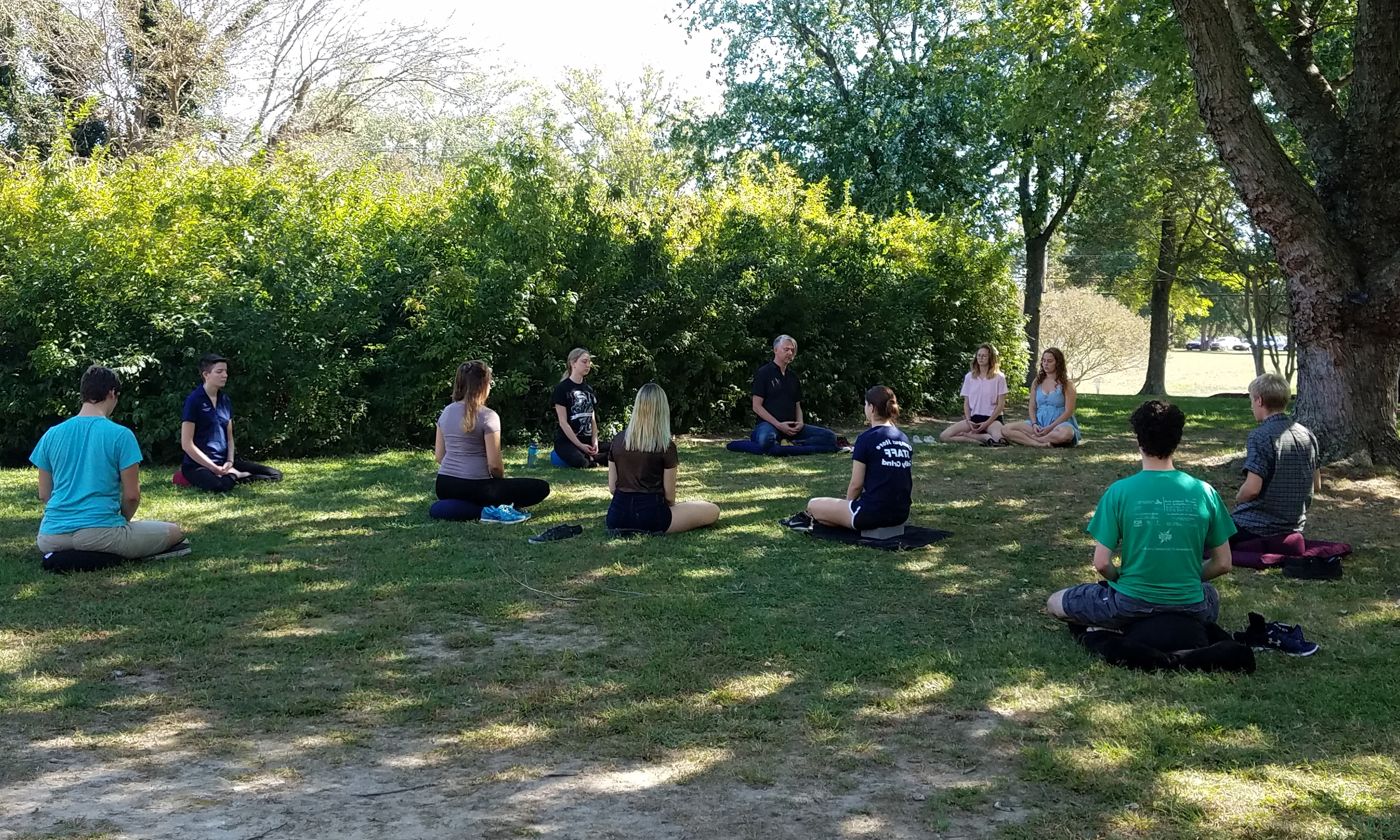 This course provides students with the opportunity to think critically and systematically about fundamental problems of life and the nature of the universe, with materials drawn from a wide variety of intellectual traditions, ancient and modern, Western and non-Western. This course satisfies the Core Curriculum requirement in Humanities.

A study of basic views on how we ought to live our lives. The following kinds of questions are examined: What is goodness? Can we, and if so how can we, justify our basic ethical principles? Can ethical statements be true (or false), or are they solely a matter of preference? This course satisfies the Core Curriculum requirement in Humanities.

This course consists of an independent creative or research project designed by the student and supervised by a philosophy faculty member. The nature of the project, the schedule for accomplishment, and the means of evaluation must be formalized in a learning contract prior to registration.

Development of philosophical writing and reasoning skills, including knowledge of logical concepts, their relations, and their expression in formal notation and informal argumentation. Systems to be studied include the propositional calculus and natural deduction. The relations of these systems to the syntax and semantics of natural language will be examined, with an emphasis on application of logical reasoning to arguments in philosophical and non-philosophical writing. Students will construct their own logical arguments in a term paper that incorporates library research and demonstrates appropriate use of secondary sources.

The development of philosophical thought from the pre-Socratics to the Hellenistic and Roman thinkers, with emphasis placed on selected works of Plato and Aristotle. Topics covered include metaphysics, epistemology, ethics, and political philosophy.

The main movements of Western thought from the late Renaissance through the late-18th century. Major ideas in the Rationalist tradition (for example, Descartes, Spinoza, Conway, Leibniz), the Empiricist tradition (Hobbes, Locke, Berkeley, Hume, Wollstonecraft), and Kant and will be examined. Also, selected critics of the presuppositions of this tradition taken as a whole will be studied. Not open to those who have received credit for PHIL 301.

Supervised experience in the understanding and explanation of philosophical concepts and reasoning. Meeting regularly with the instructor, classroom assistants help an instructor in duties that may include convening meetings with students outside of regular class time, reading drafts of students’ papers, correcting (but not grading) short homework assignments and drafting examination questions. This course will follow the general college guidelines. Students eligible for classroom assistantships must have a minimum GPA of 2.5, be of junior or senior standing or must have completed two courses of 200-level or above work in philosophy. May be repeated for a total of eight credits but a maximum of four credit hours of such work may be applied toward fulfillment of the student’s major requirements.

A survey of major approaches to thinking about the ethical issues arising in the relations among humans, other species, and the earth. This will include ecocentric ethics, ecofeminism, animal rights, development ethics, and some examples of a religious approach to environmental ethics.

An introduction to issues in feminist philosophy, including its critique of Western philosophy and its contributions to major areas of philosophy such as ethics, social philosophy, theories of human nature, and theories of knowledge.

A systematic investigation of theories of the grounds for moral obligation, with special reference to virtue ethics as well as deontological, consequentialist, and feminist positions. Special emphasis is given to Aristotle and Kant and their contemporary defenders and critics.

A study of the works in the existential and/or phenomenological traditions, from the 19th century on. Thinkers studied will include at least some of Kierkegaard, Nietzsche, Heidegger, Merleau-Ponty, Sartre, Beauvoir, Foucault, and more contemporary thinkers like Judith Butler. Not open to students who have received credit for PHIL 335.

A systematic study of the major schools of thought in China and Japan, including Confucianism, Daoism, Buddhism, and Shinto, as well as works by contemporary Japanese philosophers. Particular attention will be paid to the historical development of East Asian thought and its contemporary relevance. Cross-listed as RELG351. Students may receive credit for either course, but not both.

An intensive and extensive study of the history, beliefs, and practices of Hinduism, Indian Buddhism, Jainism, and Islam, as reflected in their canonical texts, with special reference to the Vedic scriptures, Upanishads,
Bhagavad-Gita, early Buddhist sutras, and philosophical writings. The interplay between philosophical and theological concerns will be studied, and the contemporary relevance of the tradition will be examined. Cross-
listed as RELG 352. Students may receive credit for either course, but not both.

A systematic analysis of a topic in philosophy, with topics varying from semester to semester. Recent topics include “Philosophy of Race,” “Philosophy of Film,” “Love and Desire,” “Wittgenstein and Heidegger,” “Responsibility and Reparation,” and “Africana Philosophy.” May be repeated for credit where the topic is not repetitive.

In this course, students will examine some philosophical views of the notions of happiness and of meaning with a view to formulating their own such views. Sources both classical and contemporary will be used, as will materials from such disciplines as economics, psychology, and religion.

This course will explore the practice of meditation, with special attention being paid to its effects on cognition, affectivity, neurobiology, etc., and what these changes ultimately tell us about the mind.  We will investigate meditation from the standpoints of first-hand practice, classical Asian and East Asian religio-philosophical texts, phenomenology, and via relevant contemporary empirical research in the brain sciences. Topics will include: focused awareness vs. open presence vs. affective meditational approaches; the cognitive, emotional, moral, and existential effects of meditative experience; contemplative education; the use of meditation in prison, and the metaphysical issues associate with questions of consciousness.  Each seminar meeting will begin with a 20-30 min. meditation practice, for which a meditation pillow, or zafu, is required.

PHIL 410. Social and Political Philosophy (4A)

An analysis of the theories and concepts used to explain and justify social and political thinking and action. Topics include the state, society, the common good, justice, global justice, rights and responsibilities, punishment, as well as the psychological and ethical bases of social and political obligation. Cross-listed as POSC 469. Students may receive credit for either course, but not both. May be repeated for credit with permission of the instructor.

Meeting approximately five times during the semester preceding the initiation of the St. Mary’s Project (SMP), the SMP Proseminar is designed to aid the student in producing an informed proposal for an SMP that meets the requirements of the College and the Department of Philosophy and Religious Studies. The SMP proposals are then circulated to the faculty in the department for the purpose of assigning students to mentors to begin the SMPs. Successful completion of the proseminar is measured by the student developing a SMP proposal acceptable to the departmental faculty. This is a one-credit prerequisite for registering for PHIL 493. (Note: Students who expect to be away from the College during the spring of their junior year have two options: either (a) complete the work for the SMP Proseminar in the fall prior to departure; or (b) be in regular contact during the spring with the faculty of the department, in order to complete and submit an acceptable SMP proposal by the same due date governing those on campus.) Credit/no credit grading.

The student-initiated project will draw on and develop the understanding, analytic skills, and creativity of the student’s previous academic work. The project may assume many forms, including cooperative efforts. The student will identify an area to be explored and articulate a method of inquiry or style of presentation appropriate to the subject matter. The project will also exhibit a student’s reflection on the social context, body of pertinent literature, or the conceptual framework to which it is a contribution. It will be presented to the College community in a form agreed upon by both the student and his or her mentor. The subject of the project may be within philosophy or involve philosophy in cross-disciplinary study areas. The work is to be supervised by a faculty mentor. Prerequisite: Completion of PHIL 492; approval of the faculty mentor and the department chair.