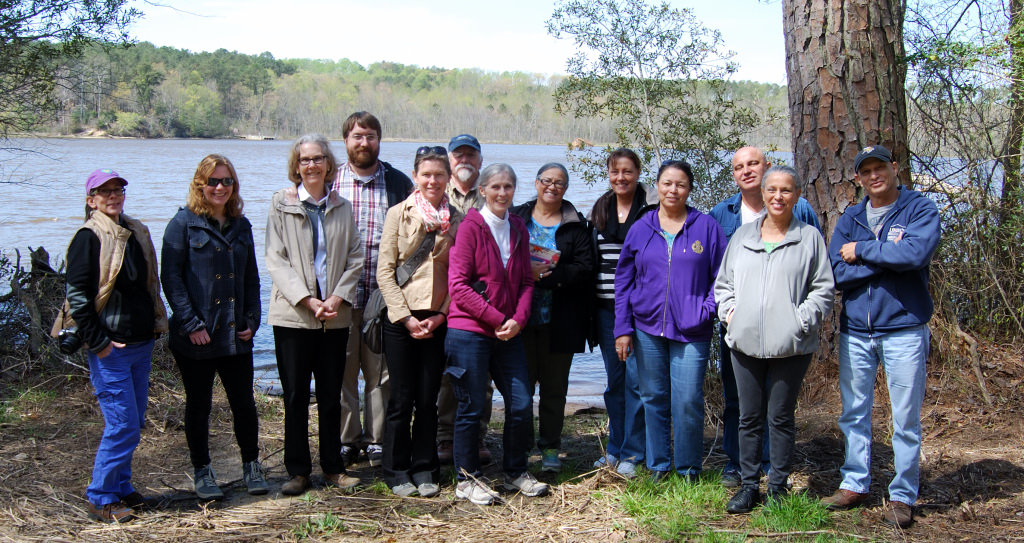 St. Mary’s College of Maryland Professor of Anthropology Julia King was awarded a $240,000 grant by the National Endowment for the Humanities (NEH) to trace the history and development of the Rappahannock Indians in early American history (200-1850 AD) in collaboration with the Virginia Department of Historic Resources (DHR), Chesapeake Conservancy, and the state-recognized Rappahannock Tribe of Virginia. The grant was one of 245 humanities projects from across the country awarded a combined $39.3 million from the NEH.

The anthropology department at St. Mary’s College first began studying the Rappahannock River Valley’s history in 2016 at the request of the National Park Service Chesapeake Bay office with funds administered by the Chesapeake Conservancy. The work was undertaken to provide interpretive support for the Captain John Smith Chesapeake National Historic Trail.

Conventional wisdom has long held that the Rappahannock Indians moved to the north side of the Rappahannock River to escape the politically powerful Powhatan Indians in the York River Valley. Research by the St. Mary’s College team, however, suggests that ecological factors, including agricultural soils, marshlands, and clays suitable for pottery manufacture, and not political factors, better explain the Rappahannock’s decisions about where to settle. This discovery, which was made using Geographical Information Systems (GIS) technology, revealed the need for further archaeological study of the river valley. The NEH grant will allow this study on these tribal groups to continue.

The continuing study will focus on the trajectories of movement into and within the Rappahannock valley, how the Rappahannock people used landscape and other forms of material culture to forge group and/or political identities between 200 and 1600 CE, and the reaction of the people living in the river valley to European contact and colonization.

“Thanks to the NEH grant, we will be able to start addressing some of the recommendations from the original study we conducted in 2016,” King said. “We hope to assemble a detailed culture history for the Rappahannock Indians in the river valley over the last 2,000 years, including archaeological collections-based analysis and a regional survey.”

Chief Richardson notes that her tribe’s oral history recalls the Powhatan as neighbors with whom they shared winter hunting grounds. “The Rappahannock’s history has been overlooked in almost every history book. We are grateful to the NEH for recognizing this serious gap in American history and providing the resources for us to address it.”