Where do we find the history of women’s work? Canadian documentary filmmakers Caroline Martel (“The Phantom of the Operator,” 2004) and Maya Gallus (”Dish: Women, Waitressing, & the Art of Service,” 2010) and Academy Award-nominated U.S. filmmaker Connie Field (“The Life and Times of Rosie the Riveter,” 1981) presented work that addressed the elusiveness of that history by making women’s labor visible and documenting their behind-the-scenes struggle on behalf of the workforce and workers’ rights. The SEVENTH ANNUAL FILM SERIES, fall 2013, focused untold and under-represented stories and gave voice to marginalized factions from feminist and labor histories. 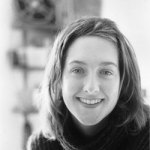 “The Phantom of the Operator” / “Le Fantôme de l’opératrice”

Documentary artist Caroline Martel was born in Montréal the year that the cellular phone was created (1973). Since 1998, her work has synthesized documentary theory and practice in a variety of projects, with a special interest in archival materials, cinema history, and women and communication technologies.

Martel’s documentary “Hold the Line” / “Dernier appel” (2001), about the failed struggle of unionized Bell Canada operators to resist the outsourcing of their jobs, marked her professional filmmaking debut and served as one of the inspirations for “The Phantom of the Operator” (2004), her first feature-length production as an independent director-producer. Martel has authored online pieces for the International Festival of New Cinema and New Media of Montréal and for the Inter-Society for Electronic Arts. She also serves as programming coordinator at Studio XX, Montréal’s bilingual feminist artist-run center for technological exploration, creation, and critique.

With a B.A. in communications and M.A. in media studies from Concordia University in Montréal, Martel has collaborated with the Cinémathèque québécoise as the main researcher and writer of the virtual exhibit De Nanook à l’Oumigmag, which presents a history of documentary filmmaking in Canada. In 2002, she directed the production of the interactive workshop Documentary Visions at the Cinérobothèque of the National Film Board of Canada, about documentary movements at the NFB since 1939.

In her award-winning “The Phantom of the Operator,” Martel assembles more than 100 rarely seen industrial, advertising, and scientific management films produced in North America between 1903 and 1989 by Bell and Western Electric to create a montage documentary of a little-known chapter in labor history: the story of female telephone operators’ central place in the development of global communications technologies. 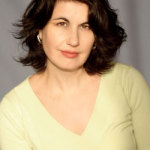 Maya Gallus works as an independent film producer, director, and writer. Along with Justine Pimlott, she co-founded Toronto-based Red Queen Productions, which specializes in films about women, social issues (including those affecting the LGBT communities), culture, and the arts. Gallus and Pimlott have collaborated on a number of films, including the critically acclaimed six part documentary series, “Punch like a Girl” (2003), about amateur women’s boxing; “Girl Inside” (2007), an extended portrait of a 23-year-old as she transitions from male to female with the help of her 80-year-old grandmother; “The Mystery of Mazo de la Roche” (2012), a portrait of one of the most famous, yet secretive writers of the early 20th century; and the forthcoming “The Fruit Machine,” a documentary about the rise of the early gay rights movement in Canada, told through the dramatic story of The Body Politic, one of Canada’s first significant gay publications that played a prominent role in the development of the LGBT community in Canada.

Before co-founding Red Queen with Pimlott, Gallus worked independently as writer-director-producer of the critically acclaimed “Elizabeth Smart: On the Side of the Angels” (1991), a lyrical documentary of celebrated Canadian poet Elizabeth Smart (author of the novel of prose poetry, “By Grand Central Station I Sat Down and Wept”), and “Erotica: A Journey into Female Sexuality” (1997), a documentary that explores the ‘female gaze’ in erotica and pornography and that features Dominique Aury (a.k.a. Pauline Réage), the  author of Histoire d’O, as well as photographers Bettina Rheims and Phyllis Christopher, performance artist Annie Sprinkle, filmmaker Candida Royalle, and novelist Alina Reyes.

Why do women bring your food at local diners, while at high-end establishments waiters are almost always men? “Dish: Women, Waitressing, & the Art of Service” (2010) answers this question by deconstructing waitressing and our collective fascination with its enduring popular icon, the female server. By taking us into the worlds of Toronto’s truck stop diners, Montréal’s topless “sexy restos,” a Parisian super-luxe restaurant, and Tokyo’s fantasy “maid bars,” former waitress Gallus offers an insider’s look at how gender, social standing, earning opportunities, and working conditions intersect in the food service industry. 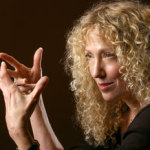 “The Life and Times of Rosie the Riveter”

Connie Field is a pioneering social documentary filmmaker. Many of her films focus on hidden histories, stories that have not been told before which should be an important part of our collective memories. They include: the forthcoming “Al Helm: Martin Luther King in Palestine,” a documentary that explores cross cultural arts collaboration between African Americans and Palestinians; the Emmy award-winning “Have You Heard from Johannesburg” (2010), a seven part series chronicling the global movement against South Africa’s apartheid regime; “¡Salud!” (2007), a documentary on Cuba’s role in the struggle for global health equity; and the Academy Award-nominated “Freedom on My Mind” (1994), which tells the history of the civil rights movement in Mississippi. Field’s work has been broadcast in over 30 countries, including Japan, Brazil, South Africa, Britain, Australia, Denmark, Germany, France, Spain, and the U.S. She is a recipient of a John Simon Guggenheim Fellowship, the John Grierson Award as most outstanding social documentarian, and is a member of the Academy of Motion Picture Arts and Sciences.

Domestic. Shop girl. Waitress. Cook. Those were the jobs for women in the 1930s—when they could get work. Suddenly the United States’ entry into World War II created an unprecedented demand for new workers.  Notions of what was proper work for women changed overnight. Thousands of posters and billboards appeared calling on women to “Do the Job He Left Behind.” Rosie the Riveter was born—the symbol of working women during World War II. In the critically acclaimed, award-winning“The Life and Times of Rosie the Riveter” (1981), Field tells the story of Rosie the Riveter through the women themselves—five former “Rosies” who recall their histories working in Detroit, Los Angeles, New York, and San Francisco during the war. Their testimony is interwoven with rare archival recruitment films, stills, posters, ads, and music from the period which contrast their experiences with the popular legend and mythology of Rosie the Riveter. The film is listed in the National Film Registry of the Library of Congress and was originally broadcast on The American Experience.