Dedicated in 2022, the Nancy R. & Norton T. Dodge Performing Arts Center is a vital part of the St. Mary’s College of Maryland campus, and serves as an anchor for the performing arts not only for the college, but for the community as a whole. 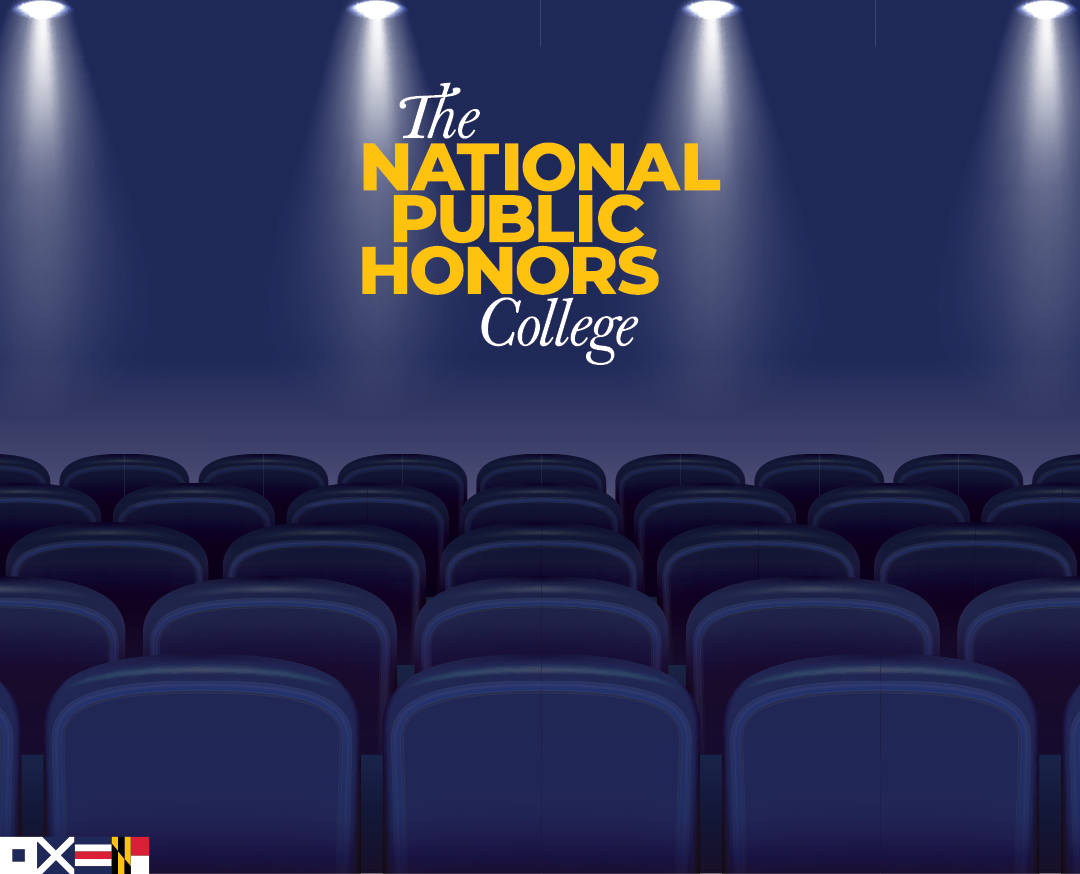 Be recognized, honor someone special, or remember a loved one with an engraved plaque on the back of an auditorium seat. Each plaque is $300, and your tax-deductible gift will support the Performing Arts Fund.

Orchestra Concert, December 2
December 2nd, 2022 | 7:00pm | Auditorium
SMCM Symphony Orchestra, under the direction of Jeff Silberschlag, will give a holiday-themed concert. Find out more »
Handel's Messiah, December 3
December 3rd, 2022 | 2:00pm | Auditorium
SMCM Chamber Singers, under the direction of Larry Vote, will give their annual performance of Handel's Messiah. First performed in 1742, Handel's Messiah has become one of the most recognizable and frequently performed compositions in Western music. The performance is free, but general admission tickets are required. Find out more »
2023 Maryland Legislative Preview with Senator Jack Bailey and Delegate Brian Crosby
December 6th, 2022 | 6:00pm | Recital Hall
The Center for the Study of Democracy is pleased to welcome Senator Jack Bailey and Delegate Brian Crosby to campus on Tuesday, Dec. 6 for a preview of the 2023 Maryland legislative session. The program will be held in the Recital Hall of the Dodge Performing Arts Center from 6-7 p.m. Refreshments will be provided in the lobby at 5:30 p.m. This event is free and open to the public. Find out more »
Student Recital, December 9
December 9th, 2022 | 4:30pm | Recital Hall, Room 111
Students will give a recital of repertoire they are currently working on. Find out more »
New York Voices Holiday Concert-December 9
December 9th, 2022 | 7:00pm | Main Auditorium
Purchase Tickets The incomparable New York Voices have crafted a festive seasonal concert that will be a fitting kick-off to the holiday season. This concert is certain to entertain audience members of all ages. New York Voices was born in the mid-1980s at upstate New York’s Ithaca College. Peter Eldridge, an aspiring jazz pianist who came late to singing; Kim Nazarian, who dreamed of a life on Broadway; and Darmon Meader, a saxophonist and self-described “choral geek,” came together in the school’s vocal jazz ensemble. Director Dave Reilly included all three of them, as well as Caprice Fox Find out more »
Andrew Kivrak Piano Recital
December 11th, 2022 | 3:00pm | Recital Hall, Room 111
Brian Ganz student and graduating senior Andrew Kivrak will give a piano recital. Find out more »
Brian Ganz Concert, December 11
December 11th, 2022 | 7:00pm | Auditorium
Brian Ganz will give a piano recital. He will perform the music of Bach, Beethoven, Debussy, Ravel, and Chopin. Find out more »
Brian Ganz Studio Recital
December 12th, 2022 | 7:00pm | Recital Hall, Room 111
The students of Brian Ganz will give a piano recital. Find out more »

The Nancy R. and Norton T. Dodge Performing Arts Center honors Nancy Dodge, who provided the largest gift in the College’s history, and her late husband, a former St. Mary’s College trustee and professor of economics.

The future Dodges first met when Professor Dodge was a St. Mary’s College trustee. In 1980, the same year the couple were married, Professor Dodge resigned from the board and became a professor of economics, a position he held until his retirement in 1989. The couple’s generosity to the College has continued throughout this association. In 1979 the Dodges’ Cremona Foundation loaned 400 pieces of art to display in Montgomery Hall for the symposium “Perspectives on Soviet Russian Culture.” In 1981, the College hosted “The World of Islam: Tradition and Change,” and through 2000, it is estimated that more than a dozen shows in the Boyden Gallery featured pieces from this unique collection. Since 2012, Mrs. Dodge has hosted the Cremona Summer Archaeology program at the couple’s farm. In 2020, the merit-based Norton T. and Nancy R. Dodge Scholarship Endowed Fund was established with a new, substantial donation.

Nancy R. Dodge, a trained organist and pianist, graduated in 1958 from DePauw University with a history degree and earned a second major and a master’s degree in organ performance from Northwestern University. Mrs. Dodge made a career with Encyclopaedia Britannica and was the company’s first female to be responsible for a sales region.

Norton T. Dodge, who died in 2011, graduated from Cornell University and then earned both a master’s degree in Russian Regional Studies and a doctorate degree in economics from Harvard. Professor Dodge was a professor of economics at St. Mary’s College from 1980 to 1989, a member of the College’s Board of Trustees from 1967 to 1979 and served as a St. Mary’s College of Maryland Foundation Director from 1980 to 2000. The College awarded Professor Dodge an honorary degree in 2002.