On Saturday November 14th a group of international students went on a field trip to the biggest city in Maryland- Baltimore, also known as Charm City! We piled into the mini-van at 10:00 AM and about two hours later we arrived to a beautiful, albeit blustery, afternoon in the city. There is so much to see and do in Baltimore, but we had heard a lot about the American Visionary Art Museum, so that was our first stop and it did not disappoint!

Before we even entered the museum we knew we were in for a treat. The outside of the museum is a mosaic with tons of mirrors, colored glass and other items making beautiful patterns. Since the museum is several floors, we decided to have a meeting point in an hour so everyone could take their time looking around at their own pace. Some of us wandered to the basement where we ended up with at the fart exhibit. No, that is not a typo- The Fart Exhibit. The entire mosaic told stories of flatulence and in the middle there was a button you could push to hear different sounds of…well we think you know what we are going to say! Despite the subject matter, the exhibit was very colorful and the guide told us a little bit about how he created the exhibit and that he also created a Christmas tree made of mirrors outside the museum.

Visionary artists usually do not have any formal training and are often self-taught. The cool thing about that, we learned, is that people make art from and about anything (e.g. farts)! We saw a toothpick replica of the Lusitania, Pez Dispenser art, photos of ears dedicated to the one earring all women seem to lose, but can’t seem to give up, and mannequins of all sizes and shapes adorned with various items. Needless to say, we spent more than an hour in the museum. We all spent probably about a half an hour just in the gift shop alone!

Once we left the museum, we decided we would climb up Federal Hill to get a nice view of the Inner Harbor. It was a bit of a steep hike, but well worth it once we got to the top and took some photos of the city. For some of the students this was their first time to a major U.S. city.

On the way to our next stop, The Book Thing, we stopped at Paper Moon Diner for lunch, which was recommended by a friend of our German student. The Diner seemed quite similar to the museum with colorful eclectic displays of just about everything from dolls to sailboats! The menu was just about as far ranging as the décor! Our student from Japan tried the macho nachos, while others tried crab quesadillas, salmon pasta, egg omelets and grilled cheese- there was something for everyone! Once our bellies were full, we decided to head to our final destination- The Book Thing!

The Book Thing is basically a hole in the wall, but the inside is amazing and every book lovers dream! Basically, the organization collects books all week, and then opens their doors on Saturday and Sunday to give away books, free of charge. One or 100, you can take as many as you want! Books range from cookbooks to non-fiction to travel guides and magazines! We all got a few and after about an hour we piled back into the van and headed back to St. Mary’s! Check out the top 5 winners in the OIE Photo Conte

We are going virtual, just like you, and we’re l

Vote of our FB page!

This photo is one of the winners from last year's 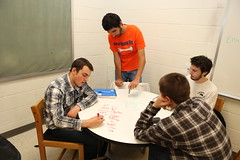 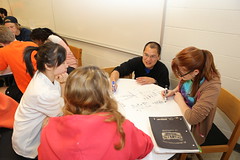 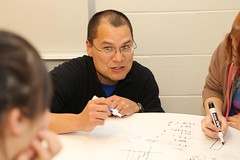 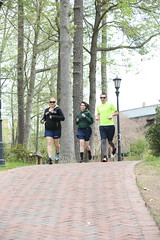 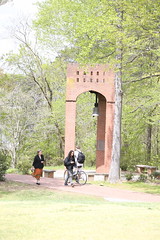 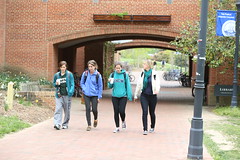 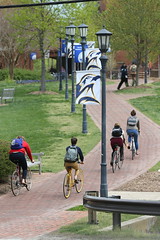