2014 : “Overworked and Underpaid: Gendered Labor in the 21st Century”

While half the world’s migrants are women, the dominant representations limit them to either ‘heroes’ who bring in monetary remittances, or ‘victims’ of a global capitalist economy. Such representations foreclose the spectrum of experiences that characterize their economic lives inside and outside the household. Drawing on a more fluid theory, their experiences can instead be seen through a lens that reveals their participation in diverse class practices. This new perspective has implications for three areas of inquiry: globalization, economic development, and a household politics

This talk explores contemporary gendered labor practices and consider their implications for meaningful work, individual self-development, and equitable economies in the twenty-first century.

Professor Feiner will explain the connections between the commodification of household life on the one hand, and the tendency toward economic stagnation on the other. She will show how the naturalization of domestic exploitation (the production and extraction of surplus labor within families) works to naturalize an ever-expanding menu of manufactured wants.

Roundtable Discussion
Moderator Sahar Shaqat will be joined on stage by Colloquium speakers Feiner, Hawkesworth, and Safri discuss issues raised by their presentations followed by a reception and book signing in the Aldom Lounge

Although abortion law in the United States stretches back to the 1820s, no reproductive rights legislation or precedent is as cherished, loathed, debated, and controversial as the Supreme Court decision of 1973, Roe v. Wade. And while politicians and lawyers argue over the morality of the procedure, the choice to have an abortion continues to affect the real life of women worldwide.

According to the Guttmacher Institute, around 50% of American women will experience an unplanned pregnancy, and by the time they are 45, almost 33% of women in the U.S. will have had an abortion. 40 years after the Supreme Court’s landmark decision, this year’s colloquium, entitled “Choices and Lives: Abortion After Roe v. Wade” will provide a timely and critical discussion of the legal, historical, medical, and cultural implications of the case and women’s fight for reproductive rights in this country.

“With Procreative Liberty and Justice For All: From Prohibition via Choice to Freedom”
Alison Jaggar, College Professor of Distinction in Philosophy and Women and Gender Studies, University of Colorado, Boulder 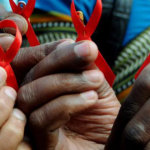 Film Screening: The Other City
The very city that is home to the capitol of the most powerful country in the world has an HIV/AIDS rate that is not only the nation’s highest, but rivals some African countries.  In this documentary, director Susan Koch introduces us to the people who live in the shadow of the Capitol but remain almost invisible to the lawmakers and lobbyists who live there.

Biology 101: HIV/AIDS
Most people are familiar with the idea that HIV causes AIDS.  However, how does this actually happen?  Join SMCM’s Biology faculty members Dr. Jeffrey Byrd and Dr. Samantha Elliott as they discuss the basic biology behind HIV infection and the development of AIDS.

Development of a Vaccine for HIV/AIDS: Challenges and Prospects
Dr. Robert-Guroff discussed reasons why developing an HIV vaccine has been so difficult, including viral integration, variability, envelope conformational structure, mutability and immune escape, and multiple routes of transmission.

Regulating Romance: Youth Sexual Culture, Moral Anxiety, and Love Letters in Uganda’s Time of AIDS
Based on ten years of ethnographic research in a town in eastern-central Uganda, this talk demonstrates how during times of increased anxiety about sexuality, the adolescent female body becomes a public platform through which conflicting views about what it means to be a proper, modern, and culturally-appropriate sexual being are articulated.

Images of Intervention: AIDS Activism in the US in the Early 1980s
Roman presents a visual history of early AIDS activism in the United States by looking at some of the images in mainstream and community-based media around the syndrome in the early 1980s.

Activism Workshop: Helping Independent Prostitutes Survive(HIPS)
HIPS was founded in 1993 by a coalition of service providers, advocates, and law enforcement officials as an outreach and referral service.  Utilizing a harm reduction model, HIPS’ programs strive to address the impact that HIV/AIDS, sexually transmitted infections, discrimination, poverty, violence, and drug use have on the lives of individuals engaging in sex work in Washington, D.C. 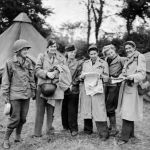 Gendering the Narratives of Three Generations of Palestinian Women in Israel
Gabriela Bulisova, Photographer and Photojournalist

Student Workshop on Feminist Political Activism
For two centuries, feminists have successfully engendered political change and can do even more to create a just, progressive society. Feminist activists are still needed to fight persistent inequities that face us. Recent college grads face an immediate gender wage gap that only widens as their careers progress. Gender-based violence is rampant on our campuses, in our communities, and around the world. Women still hit glass ceilings in politics, business, arts, academia, science, and numerous other fields.

Film Screening: Pray the Devil Back to Hell
Caroline Slobodzian, President, DC Chapter of the US National Committee for United Nations Development Fund for Women (UNIFEM), screened and discussed Pray the Devil Back to Hell, a film about the women’s movement in Liberia which demanded the peace talks that ended the war and ultimately elected Africa’s first female head-of-state