Senior psychology major Claire Kostelnik ’17 was selected as a recipient of a Psi Chi 2016-2017 Fall Undergraduate Research Grant for her SMP: “Intracerebral Injections of L655, 708 on Depressive-like Behavior.” Kostelnik is conducting the research under the mentorship of Aileen Bailey, Professor of Psychology and recipient of the college’s Aldom-Plansoen Distinguished Professorship.

Kostelnik received $1,500 to support her research which focuses on depression, a leading cause of mortality and disability worldwide. Together, Kostelnik and Bailey are continuing ongoing research in Dr. Bailey’s lab by exploring the antidepressant actions of a new drug (L655, 708) on a population of lab rats. They hope to demonstrate similar antidepressant actions as found in depression therapy drugs such as ketamine, without the typical 3-8 week effect delay.

Psi Chi is the International Honor Society in Psychology. SMCM has a large and active Psi Chi chapter, with dozens of members and annual recipients of student research grants.

Aileen Bailey, Professor of Psychology and recipient of the college’s Aldom-Plansoen Distinguished Professorship, and Zoey Forrester-Fronstin ’17 were selected as recipients of a Psi Chi 2016-2017 Spring Undergraduate Research Grant for Forrester-Fronstin’s project, “The influence of Orexin Antagonist, SB-334867, on Cognition.” Bailey described the project as an extension of research previously done in her lab and published as “Orexin receptor activity in the basal forebrain alters performance on an olfactory discrimination task” in Brain Research, 1594, 215-222 (Piantadosi, P.T., Holmes, A., Roberts, B.M., & Bailey, A.M., 2015).

Bailey said Forrester-Fronstin is looking at the connection between the neuropeptide orexin and its modulation of cognitive flexibility.  Her research is loosely tied to research on Alzheimer’s disease as it focuses on one area of the brain that deteriorates in the disease. “Understanding how this area of the brain works to control cognitive ability may lead to a better understanding of Alzheimer’s disease,” Bailey said.

Kyle Bishop, Executive Director of the Wellness Center, received a $16,000 grant in March to implement Maryland’s Screening, Brief Intervention, and Referral to Treatment (SBIRT) project at SMCM. SBIRT is an evidence-based practice used to identify, reduce, and prevent problematic use, abuse, and dependence on alcohol and illicit drugs. The funding is coming to SMCM through Behavioral Health System, Baltimore, as part of a larger program funded by the Conrad N. Hilton Foundation.

Dr. Bishop and the Wellness Center staff will work with The Mosaic Group to incorporate screening tools, documentation, and reporting capacity into the Health Services’ electronic health record system. The Mosaic Group is a nationally recognized management-consulting firm with expertise in community health and human-services strategies, program design, and evaluation across a breadth of content areas including health information technology.

The SMCM Wellness Center is staffed by a team of medical and mental health professionals to assist students in addressing their physical and mental health concerns. The location, hours, list of services and more can all be found at www.smcm.edu/wellness/. Wellness Center staff began meeting with The Mosaic Group personnel in March to implement screening and referral tools that will hopefully help reduce substance abuse at SMCM.

Assistant Professor of Chemistry Geoff Bowers was recently named one of four faculty from across the nation that will be participating in the Visiting Faculty Program at Pacific Northwest National Laboratory (PNNL) this summer. This program is operated by the U.S. Department of Energy Office of Science’s Office of Workforce Development for Teachers and Scientists in collaboration with the Department of Energy laboratories. The goal of the program is to bring faculty from institutions traditionally underrepresented in the research community to the national laboratories, expanding their workforce and giving faculty and their students opportunities to engage in and augment their professional scholarship. The competitive program requires a research proposal co-written with a PNNL scientist and involves working ten weeks this summer at the national lab. 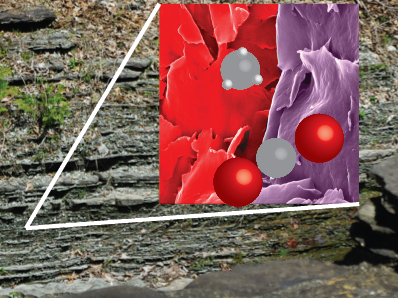 Dr. Bowers will be working with H. Todd Schaef and his collaborators studying the interactions of minerals and organic matter in the subsurface with supercritical methane and carbon dioxide, work relevant to non-conventional gas extraction and sequestration. One of Dr. Bowers’s research students, Sydney Cunniff ‘17, will also be at the lab this summer working with Dr. Schaef and colleagues through the U.S. Department of Energy’s Science Undergraduate Laboratory Internships program.