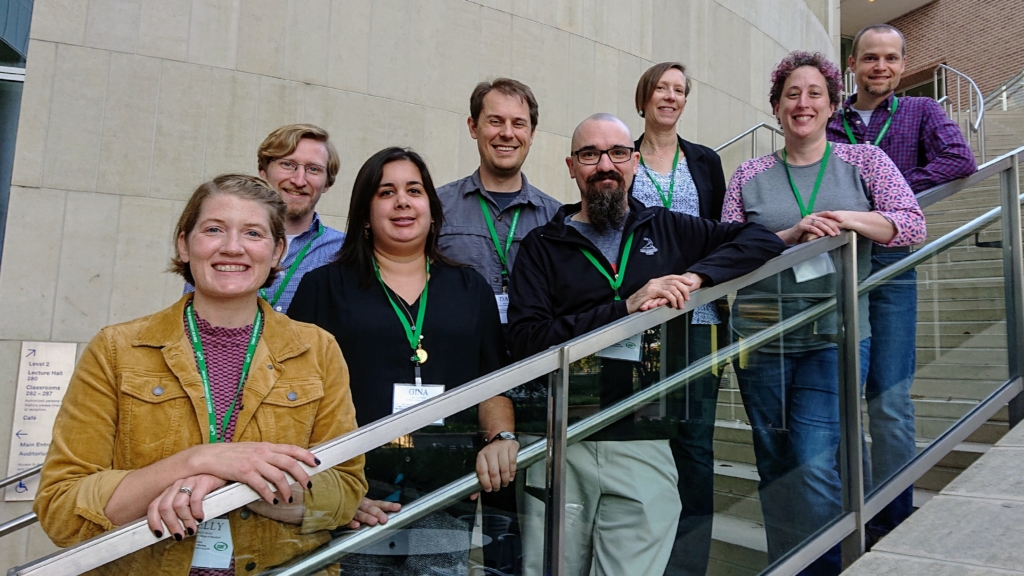 The Council on Undergraduate Research Transformations Project (CUR-TP) held its third yearly meeting this past weekend, October 4-6, 2019, at which meeting participants continued their work on integrating undergraduate research experiences throughout the curriculum. Attending the meeting on behalf of St. Mary’s College of Maryland this year was director of the Center for Inclusive Teaching and Learning (CITL), Samantha Elliot, and members of the two departments involved in the CUR-TP Project including Psychology: Aileen Bailey (co-lead), James Mantell (co-lead), Torry Dennis, Gina Fernandez and Chemistry/Biochemistry: Kelly Neiles (co-lead), Geoffrey Bowers, and Daniel Chase.

At this year’s meeting Bailey, Mantell, Neiles and Bowers gave an invited plenary in the session titled “So what are we learning: Research agenda of the CUR Transformations Project” which was well received by project leaders and participants. The team also continued its work in collaborating with the CUR-TP administration team and other institutional participants to further develop its undergraduate research curriculum. These fruitful discussions include plans to disseminate what the two departments have learned both on-campus, with help from CITL, and off-campus through national conference proceedings.

St. Mary’s College of Maryland is one of only 12 institutions selected by CUR for its Transformations Project, funded by the National Science Foundation (NSF-DUE award #1625354). Through this project, participants from institutions around the country have been engaged in novel research to understand the student, faculty, departmental, and disciplinary influences on the process of integrating and scaffolding undergraduate research experiences throughout the curriculum.