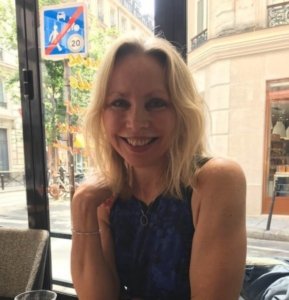 Professor of History Christine Adams, on sabbatical work as a Newberry Library residential fellow through June 2021, was interviewed recently about the Newberry Library, her current project: The Merveilleuses and their Impact on the French Social Imaginary, 1794–1799 and Beyond, and on how the events of the past twelve months have impacted her project.

Adams described how current events have affected the way she’s approached her project. Her research is focused on “a really tense and chaotic moment in French history, right after the Terror has come to an end, and the French are trying to stabilize the country (they are at war and the economy is really suffering; in 1795 and 1796 in particular, misery is rampant throughout the country), and they are dealing with immense political divisions. My research has provided a lens to think about current events, and current events have been in the back of my mind as I work on this project.”

Adams’s full interview, along with additional Newberry Fellows, can be read here.