India Oates ’21 was awarded a $509 Mamie Phipps Clark Research Grant from Psi Chi over the summer of 2021. The award “highlights research projects by Psi Chi students and faculty advisors focusing on diverse populations and issues.” Her project, “Transgender and Gender Non-Conforming Individuals’ Dehumanizing Beliefs and Experiences” was originally conceived and developed though directed research with Assistant Professor of Psychology Kristina Howansky in the spring 2021 semester. The study aims to identify how transgender and gender non-conforming (GNC) individuals experience dehumanization and examine how their beliefs about stereotypes may mediate the association between dehumanization and harmful mental health effects and the association between dehumanization experiences and self-dehumanization. This study will help fill in gaps in the current psychological body of literature. Limited research has examined the associated effects of dehumanization, nor has past dehumanization work focused on transgender and GNC individuals’ perspectives. Grant funding will be used to compensate a large sample of online survey participants recruited from Academic Prolific.

India is currently studying morality and empathy as a full-time lab manager at Pennsylvania State University – the perfect combination of her double-major in religious studies and psychology. 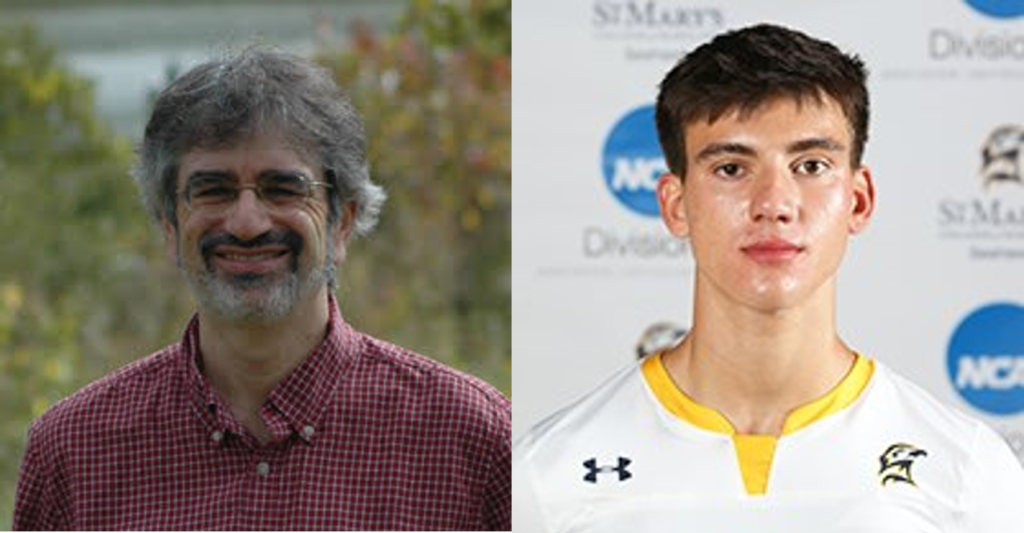 Dr. Adler and Mr. Marx worked on a project simulating how orbital angular momentum beams propagate through turbulent and scattering water.  These beams, also called “optical vortex beams”, carry a twist (orbital angular momentum), unlike standard laser beams.  The Navy is interested in understanding whether these beams are more effective than standard laser beams for various imaging and laser ranging technologies. This work is being done in partnership with the Advanced Lidar Systems Team (A-LiST) at NAWCAD, led by Dr. Linda Mullen, Alan Laux, and Dr. Brandon Cochenour.

Dr. Adler’s summer 2021 work was supported under the Office of Naval Research’s Summer Faculty Research Program (SFRP), and Mr. Marx who worked with the group as a summer student was funded by the Naval Research Enterprise Intern Program (NREIP). Adler and Marx recently received additional funding from NAWCAD to continue their collaborative research in the 2021-22 academic year. 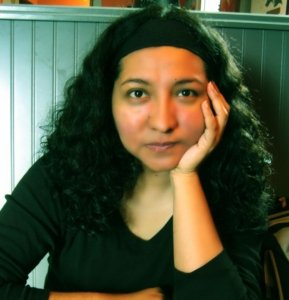 Argelia González Hurtado, assistant professor of Spanish, has been awarded an Insight Development Grant from the Social Science and Humanities Research Council of Canada (SSHRC). González Hurtado received, along with María Soledad Paz­-Mackay from St. Francis Xavier University, the IDG grant in the amount of $59, 249 CAD for a two-year period to conduct research about cinematic landscape in Argentinian and Mexican cinema. This collaborative research project between González Hurtado and Paz­-Mackay will explore the complex meaning of rural landscape in recent narrative films from Argentina and Mexico that portray new identities shaped by socio-political changes at the turn of the 21st century.

SSHRC is the most important Canadian federal research funding agency in the promotion and support of research and training in the humanities and social sciences. Through its Insight Development Grants program, SSHRC supports research in its initial stages, enabling the development of new research questions as well as experimentation with new and innovative methods or ideas. 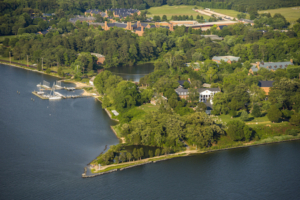 First-year student Caitlin Kubina, of Columbia, Maryland, has been selected to receive a $10,000 scholarship award for the 2021-2022 academic year.

The Patuxent Partnership Physics Scholarship is the latest of many ways TPP has worked in strong collaboration with St. Mary’s College, its students and faculty over the years.

In 2012, TPP invested $1 million to grow and expand the College’s physics offerings, including applied physics, of particular value to the Navy and STEM careers.

“We are extremely grateful to The Patuxent Partnership for its generous and continued investments in our students,” said St. Mary’s College of Maryland President Tuajuanda C. Jordan. “Each year more and more St. Mary’s College students are making invaluable STEM connections with our community and TPP plays a tremendous role in those connections which support our Honors College Promise and our mission. I truly value the relationship the College has with TPP and look forward to it building even more momentum in the future,” Jordan said.

St. Mary’s College students benefit greatly from the College’s close proximity to NAS Patuxent River — headquarters for Naval Aviation — and other facilities in the region.