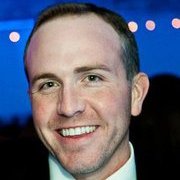 Douglass Mayer ’04, formerly the deputy director of communications, will now serve as director communications for the Office of Governor Larry Hogan.  Governor Hogan was quoted as saying, “…I know that Doug will make a tremendous impact on day one. He’s been an extraordinary resource from the start of my administration.”