From Absence to Presence

Please join us here at 11:00 a.m. on November 21, 2020 for the Commemorative to Enslaved Peoples of Southern Maryland Dedication

The Commemorative to Enslaved Peoples of Southern Maryland is an immersive art experience that honors the story of resilience, persistence, and creative problem-solving  that defined the lives of the enslaved individuals that lived in St. Mary’s City between 1750 and 1815. 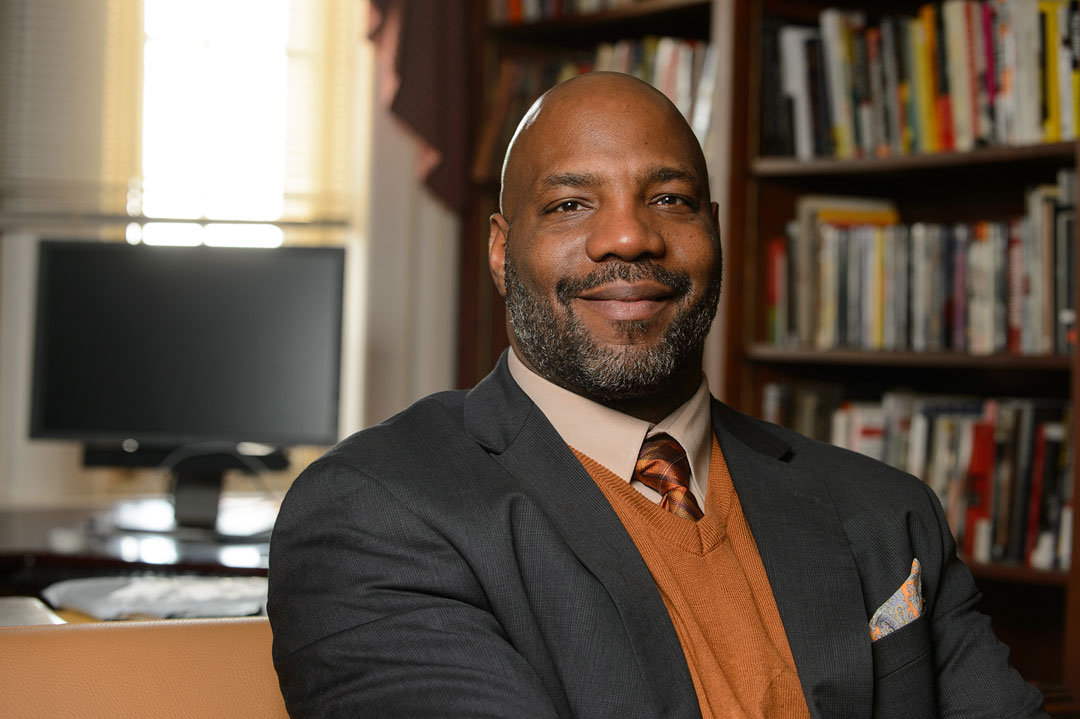 Known for his wit, style and pop culture credibility, Jelani Cobb is billed as one of the clearest and smartest voices in today’s conversations around race issues.

Cobb is a staff writer for The New Yorker, a historian and a professor at Columbia University’s Graduate School of Journalism. As a columnist, he received the Sidney Hillman Prize for Opinion an Analysis Journalism. The author of “The Devil & Dave Chappelle & Other Essays” (Basic Books, 2007) and “The Substance of Hope: Barack Obama and the Paradox of Progress” (Walker & Co., 2010), the latter will be re-released in October 2020 with a new introduction by the author. 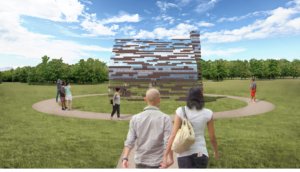 St. Mary’s College of Maryland recognizes its role in the history of slavery and is determined to honor and learn from the stories of those who were affected.

The Commemorative to the Enslaved Peoples of Southern Maryland is an immersive art experience that honors the story of resilience, persistence, and creative problem-solving that defined the lives of the enslaved individuals that once lived in St. Mary’s City. It provides visitors with the space to acknowledge and learn from the lives of those who once toiled here, while providing a place for reflection and introspection about the nature of slavery and its connections to modern society. It will be located on the grounds as you approach the College’s new Jamie L. Roberts Stadium.

While preparing to erect the College’s first-ever athletic stadium, an archaeological dig in 2016 uncovered artifacts indicating the presence of slave quarters. What is known is that between 1750 and 1815, the field was home to three or four enslaved households. They labored for John Hicks and later John Mackall, both planters whose wealth was built on slave labor. Of note, our Professor of Anthropology Julia King and her students conducted the dig. 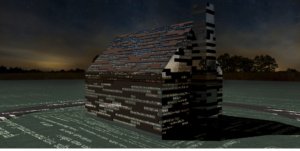 Led by President Tuajuanda Jordan, campus and community forums were conducted to decide on the best way to honor the find and the people it represented. It was decided to move the stadium far back from its original location, leaving the ground covering the find intact. In 2018, President Jordan organized a broad-based committee to seek proposals for a commemorative design. The entire campus, as well as the community, had a say in selecting the artist. The resulting design is to be erected in late October and then officially dedicated in November, albeit virtually due to the pandemic.

Through historical documents, archaeological research, and slave folklore, The Commemorative to the Enslaved Peoples of Southern Maryland features erasure poetry on a structure inspired by the “ghost frame” architecture at adjacent Historic St. Mary’s City.

The erasure poetry that covers the structure is adapted from historical documents related to the Mackall-Broome plantation — one of three known plantations located on the land around St. Mary’s City. These documents include slave property advertisements, runaway slave advertisements, newspaper articles, and slave depositions of the Mackall-Broome family. These poems become the walls and roof of the structure revealing powerful stories hidden within the language of a dark past. Illuminated from within at night, the poetry is projected onto the ground surrounding the Commemorative, mimicking the star-like pattern found on a number of ceramic artifacts discovered during the College’s archaeological investigation. This effect points to the theory discussed by experts that the star-like pattern symbolizes the web of Anansi, the African folklore character. Anansi’s web represents resistance of the plantation system and slavery in the New World. The light projecting from the Commemorative at night also serves as a beacon, or North Star, representing the journey north to lasting freedom.

Changing the perspective from which we interact with the subject of slavery provides new ways to connect with and understand our shared history. The Commemorative to the Enslaved Peoples of Southern Maryland was designed to allow visitors to engage in an individualized experience, contemplating the effects of slavery on the individual, the local community, and the nation. 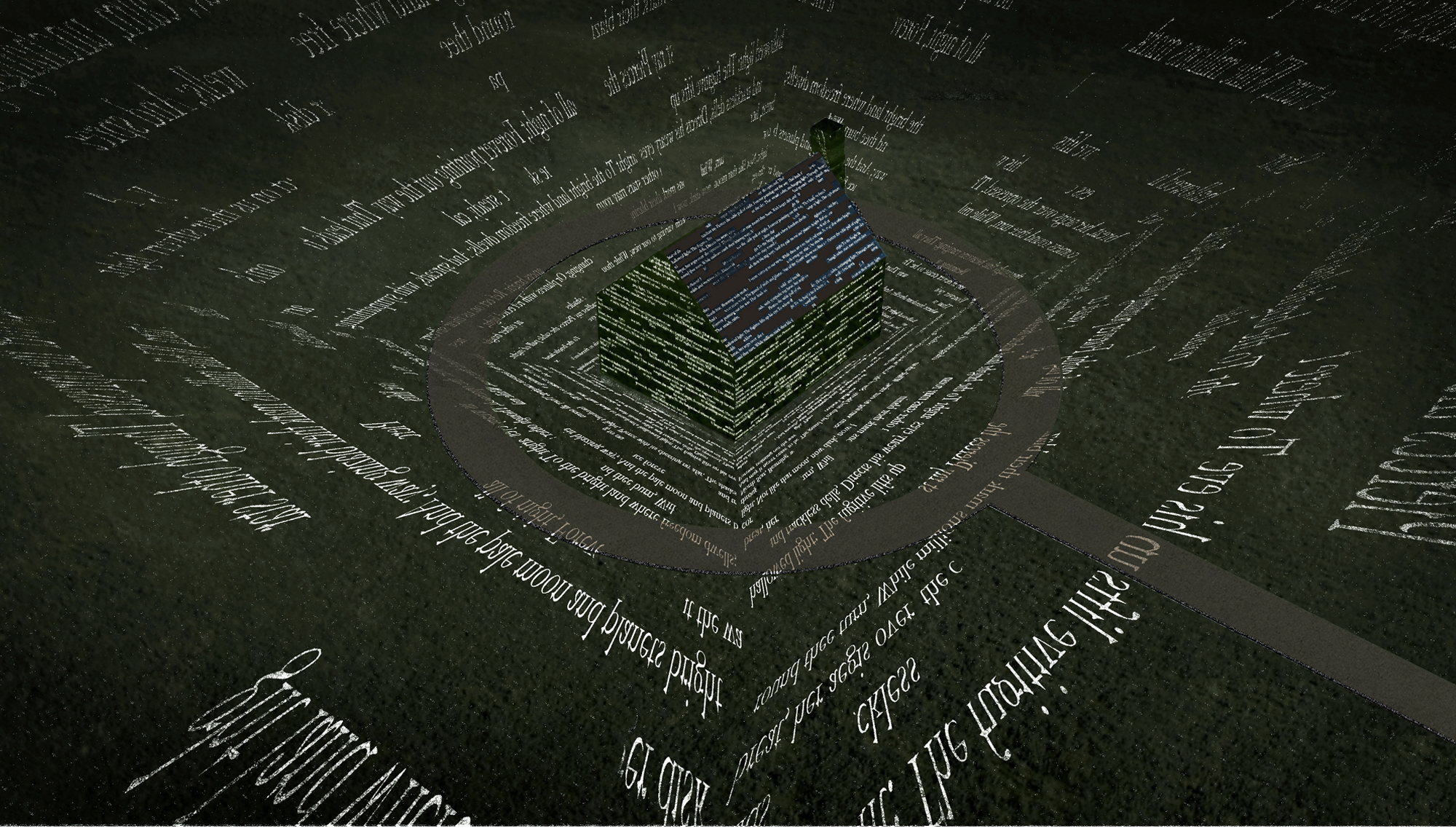 Designed by Shane Allbritton and Norman Lee of Re:site and featuring the poetry of Quenton Baker,

the Commemorative to Enslaved Peoples of Southern Maryland will allow visitors to engage in an individualized experience, contemplating the effects of slavery on the individual, the local community, and the nation.