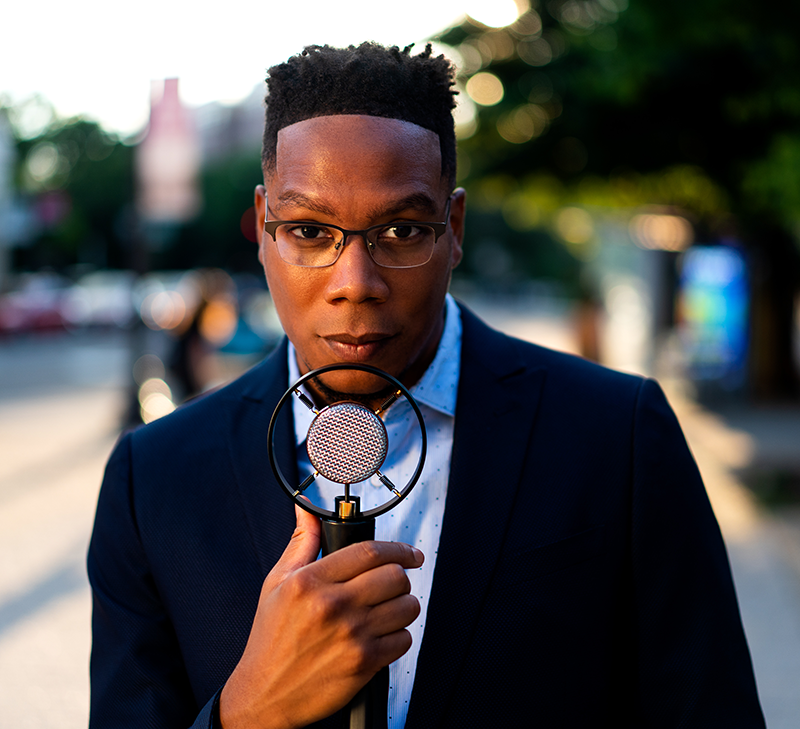 Reese Waters has forged an unlikely yet illustrious career in comedy, sports and broadcasting. Always the class clown, the Washington, D.C. native began his comedy career as a student at Columbia University in New York City.

When New York magazine tapped Reese Waters as one of the city’s Ten Comedians to Watch in 2009, few realized just how quickly his star would rise. First came his victory in the Emerging Comics Contest at the New York Underground Comedy Festival. Soon after, appearances on MTV, “Good Morning America,” SiriusXM satellite radio and NPR were followed by Comedy Central’s “Live at Gotham” set and subsequent role on the Comedy Central series “Michael and Michael Have Issues.”

In 2010, Waters brought comedy truth to sports as co-host of “The Daily Line” on Versus. His most memorable interview was “Tea with Tyson,” where he managed to get Mike Tyson to open up to him about his love for pigeons and his hatred of cannoli. Waters then worked at Bleacher Report, TNT’s “Inside the NBA” and eventually as a correspondent on ESPN’s “SportsCenter.”

Waters returned to his hometown D.C. in 2018 to bring his insight, comedy and commentary to morning news in creating and hosting the Emmy Award winning “Get Up DC.” He currently hosts “Open Mic with Reese Waters” on WUSA 9 and “The Reese Waters Show” podcast on the Audacy App’s “The Team 980.”

Campus visitors must be up to date on vaccinations for COVID-19 and be able to present proof upon request by College officials when attending indoor events or large gatherings outside when social distancing cannot be ensured. If campus visitors are not up to date on vaccinations or cannot show proof, they must present proof of a negative COVID-19 test taken within 72 hours of arrival to campus. Face coverings must be always worn indoors.

This is a ticketed event. Purchase tickets here.

St. Mary’s College’s Mark Twain Lecture Series on American Humor and Culture was launched in 2007. Since then the series has grown to one of the largest events in Southern Maryland.