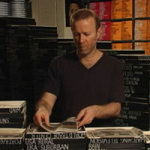 One of the U.S.’s most acclaimed independent documentary filmmakers and recipient in 2006 of the Documentary Association’s International Trailblazer Award for his “creativity, innovation, originality and breakthrough in the field of documentary cinema,” Alan Berliner has been on the forefront of avant-garde filmmaking since 1975. Berliner’s work has been broadcast worldwide and has received awards at a variety of major international film festivals. Selected retrospectives of his films have been presented at the Museum of Modern Art (NYC) and at film festivals from Norway and Finland to England, Australia, and Brazil.

Nobody’s Business, which will screen with Everywhere at Once (1985), is an unflinchingly honest and frequently humorous portrait of Berliner’s reclusive (and stubbornly resistant) father. Writing in Film Comment in 1996, critic Philip Lopate has said of Berliner and the film: “I know of no one working in personal films today who can do so well what Alan Berliner does: bring dramatically alive the intense agony and ambivalence and love within families.” Since its premiere at the New York Film Festival in 1996, Nobody’s Business has won twelve international awards, including both the Caligari Film Prize and the International Film Critics Association Prize at the 1997 Berlin International Film Festival. 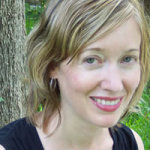 “I use filmmaking,” says Laura Kissel, “as a mode of inquiry, a way of engaging with the world and exploring questions about culture, memory, and the representation of history.” This approach is evident in two of Kissel’s three films to be screened. Cabin Field(2006), an experimental documentary, explores the site of Cabin Field, a mile-long stretch of agricultural land in Crisp County, Georgia, through the memories of land owners, farmers, residents, and agricultural laborers. Vivian’s Beauty Shop (2005) is a short video portrait of the customers who frequent a small town beauty parlor.

Kissel is an Associate Professor of Media Arts at the University of South Carolina. She has received numerous awards and fellowships for her work, including the Juried Citation Award at the 2006 Black Maria Film and Video Festival for Cabin Field. 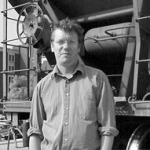 Working in a variety of formats, including Super-8mm, 16mm, and digital video, David Ellsworth began filmmaking in 1996 with his 2.5 minute Ice, a Super-8mm experimental film that also played internationally on MTV as a music video for Chicago band Tortoise. His work has screened and won awards at festivals internationally, including New York City, San Francisco, Amsterdam, Havana, Paris, and Tokyo.

Time, and the River, which will screen with Super-8 Mom, is a documentary about people living in boat houses on the Mississippi River near Winona, Minnesota. Critic George Lellis has said of the film: “It is at once deceptively simple, yet artistically complex. Ellsworth prizes simplicity—the simplicity of nature, simplicity of living, the simplicity of sparsely beautiful images.” 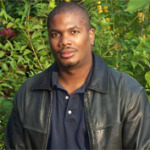 Christopher Harris’s films still/here (2000) and Reckless Eyeballing (2004) employ formal abstraction in order to explore the intersection of history and memory in ways that unravel conventional tropes of race and identity. A powerfully melancholy film about the blighted cityscape of St. Louis’s north side, still/here articulates the disturbing relationships of people with place. Reckless Eyeballing (2004), a short film using recycled images from The Birth of a Nation, Black action heroine Pam Grier, and ‘60s activist Angela Davis, unravels long-standing narrative tropes of the outlawed Black body and its threatening gaze.

Exhibited internationally at festivals and cinémathèques throughout North America and Europe, including Rotterdam, Vienna, Paris, and Berlin, Harris’s experimental work has been the subject of scholarly inquiry and is included in the permanent collection of the Film Study Center at Yale University.

Harris is professor cinema studies at the University of Central Florida, where he teaches experimental film, film theory, and Black Cinema. 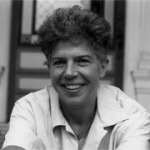 Su Friedrich began filmmaking in 1978 and has produced and directed eighteen 16mm films and videos. With the exception of one work, she is the writer, director, cinematographer, sound recordist, and editor of all her films.

Synthesizing experimental, narrative, and documentary forms, Friedrich’s work moves fluidly between the personal and the political, from autobiography, like Seeing Red and Sink or Swim (“one of the most emotionally moving avant-garde films produced in the past twenty-five years,” The Chronicle Review), to investigations of sexual identities and identity politics. A leading figure in avant-garde cinema from the outset of her career, she has been a pivotal force in the establishment of Queer Cinema. Recipient of numerous fellowships—from the NEA and the Rockefeller, Guggenheim, and Jerome Foundations—Friedrich has been honored internationally for her filmmaking. Her work is included in the collections of the Museum of Modern Art, the Art Institute of Chicago, the Royal Film Archive of Belgium, the Centre Pompidou in Paris, and the National Library of Australia.