Each filmmaker in the fifth annual series (fall 2011) — Yun Suh (“City of Borders”), Jenny Cool (“Home Economics”), and Michèle Stephenson (“Faces of Change”) — distributed the film she screened and discussed through the seminal feminist film collective, New Day Films, which marked its 40th anniversary in 2011. Formed in 1971 by a small group of independent filmmakers who could find no non-theatrical distribution companies willing to distribute their feminist films, New Day was one of the first media collectives to self-distribute its work. With the efforts of founding members Julia Reichert, Jim Klein, Amalie Rothschild, and Liane Brandon, New Day’s films soon helped spread the women’s movement across the country. “The whole idea of distribution,” explains Reichert, “was to help the women’s movement grow. Films could do that, they could get the ideas out. We could watch the women’s movement spread across the country just by who was ordering our films.”

Although much has changed in media distribution since 1971 when early collective members sold their 16mm film prints themselves, New Day has remained committed to distributing film and media content that highlights the diversity of human lived experience.

Collectively, New Day titles have won an Academy Award, been honored with nine Academy Award nominations, won four Emmys, and hundreds of awards at prestigious film festivals. Its films have been broadcast on PBS, HBO, and other media outlets. 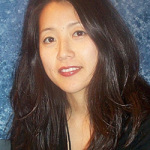 Director, producer, writer Yun Suh received training in media production while working as a journalist in broadcast radio and television news for over nine years. She is a founding member of “Apex Express” on KPFA Radio in Berkeley, Calif., a weekly hour-long magazine show profiling current affairs and arts in the Asian and Asian-American communities. Her journalism nominations include Best Radio Documentary for “Sabra & Shatilla” (2003) on the survivors of the 1982 massacre of Palestinians in Lebanese refugee camps, and an Emmy nomination for news feature, “Comfort Women” (2001), a story of an illiterate Korean woman who paints to break her 50-year silence on being forced into sexual slavery by the Japanese Imperial Army.

Prior to her career in journalism, Suh studied biology, psychology, and poetry at the University of California, Berkeley, where she has taught Arab, Asian, and African poetry. Suh’s own poetry has been anthologized in several books, including two volumes for the National Library of Poetry.

Co-president of Asian Women United (AWU) of California, a video production and publications collective of Asian-American women’s experiences and varied cultural heritages, Suh has recently produced Elaine Kim’s “Slaying the Dragon: Reloaded” (2011), a film on the representations of Asian women in the media. She is currently developing a documentary set in India.

City of Borders (2009) follows the underground community at the only gay bar in Jerusalem, the Shushan, where people of opposing nationalities and religions create a sanctuary for people typically viewed as each other’s “enemy.” Set against the construction of the separation wall between Israel and the Palestinian territories and the struggle for a gay pride parade in the Holy City, five interwoven stories reveal the contradictions and complexities in the gay communities’ struggles for acceptance. The film premiered at the 2009 Berlin International Film Festival, where it won a special Teddy (Audience) Award, and was broadcast on PBS stations nationwide in 2010. 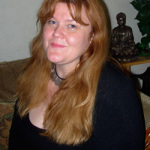 Jenny Cool is a social anthropologist and ethnographic filmmaker whose work focuses on cultural production and reproduction in the U.S. and on dominant social imaginaries, such as the American dream of home ownership and the narrative of social revolution through technology. The first is the subject of her film “Home Economics: a documentary of suburbia,” which premiered nationally on the PBS Television series POV in 1995. The second is the focus of her current work on the ethnography and cultural history of networked social media.

Born in the Philippines and raised in South and Southeast Asia, Cool has worked in new media since 1992 when she wrote and produced chapters for Evolution/Revolution, part of the Columbus Project, a milestone multimedia title now on permanent display at the Library of Congress. From 1993 to 2003, she lived and worked as a participant-observer in Cyborganic, an intentional community of web geeks whose members brought Wired magazine online, launched Hotwired, the first ad-supported online magazine, led the open source Apache project, and staffed and started dozens of Internet enterprises, such as Craig’s List, during the first phase of the Web’s development as a popular platform. She has produced web media for Simon and Schuster and Institute for the Future, was a senior producer at Netscape, and from 1999-2001 served as Director of New Media for Disney/ABC Cable Networks.

Cool’s fields include digital media, Internet culture, ethnographic filmmaking, critical theories of representation, and feminist theory. She is currently a Postdoctoral Fellow at the Center for Visual Anthropology at the University of Southern California (USC), where she teaches video production in the MA program in visual anthropology. Cool holds a B.A. from Harvard, an M.A. in visual anthropology from USC, and a Ph.D. in anthropology, also from USC.

Home Economics (1994) takes an anthropological look at the American dream of home ownership in the suburban “edge city” of Antelope Valley, 55 miles outside of Los Angeles. In interviews, two working mothers and a teenager speak about their lives, touching on a range of issues, including racism, the meanings of home, family, and neighborhood, and the social and relational tolls of lengthy commutes. Author George Marcus has said of Cool’s film, “[A] wonderful piece of contemporary Americana. . . . This video constructs and documents . . . the self-delusive discourse in the contemporary reaches of distinctly American aspiration.”

For over 15 years, Haitian-Panamanian filmmaker Michèle Stephenson has produced non-fiction film and new media, using her international experience as a human rights attorney to tackle stories on communities of color and human rights. 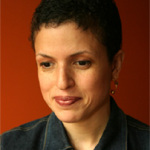 In addition to feature-length documentary films, Stephenson has used video and the Internet to structure human rights campaigns and train people from across the globe in video Internet advocacy. Her work has appeared on PBS, Showtime, MTV, and other broadcast, cable, and digital outlets. She is co-founder with her partner, Joe Brewster, of Rada Film Group, which produces and directs its own independent media, as well as works with companies and non-profit organizations to develop and produce new media for the web and narratives and documentaries for advocacy, broadcast, and theatrical release.

Faces of Change (2005) highlights the story of five local activists from five different continents who relay unique video dispatches from their respective corners of the world. From their communities in Brazil, India, Mauritania, Bulgaria, and the United States, they go behind the camera to find a voice denied them because of their social, racial, gender, or ethnic background.

(Yun Suh and Michèle Stephenson’s biographies and the short history of New Day Films are courtesy of the New Day Films website, www.newday.com.)