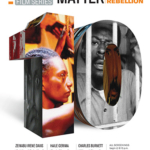 The fall 2016 series featured work of three L.A. Rebellion filmmakers: Zeinabu irene Davis (Spirits of Rebellion), Haile Gerima (Bush Mama), and Charles Burnett (Killer of Sheep). The last two pictures are seminal, celebrated films of the movement, both about the Black urban experience in the Watts neighborhood of south Los Angeles. Davis’s Spirits of Rebellion is Find out more »