The fall 2016 series featured work of three L.A. Rebellion filmmakers: Zeinabu irene Davis (Spirits of Rebellion), Haile Gerima (Bush Mama), and Charles Burnett (Killer of Sheep). The last two pictures are seminal, celebrated films of the movement, both about the Black urban experience in the Watts neighborhood of south Los Angeles. Davis’s Spirits of Rebellion is the first documentary on the L.A. Rebellion and the artists, including herself, associated with the movement.

The L.A. Filmmakers sought to create a new cinematic language that spoke to and for urban working-class Blacks through works of social engagement and critique. They eschewed the industrial processes of the “Hollywood machine” and the orthodoxies of conventional filmmaking practices. And they did so at a time when the industry began producing Hollywood blockbusters (The Towering Inferno, Jaws, Star Wars) and its studio bosses were seducing Black audiences with sensationalized Blaxploitation films, like Shaft, Foxy Brown, Coffy, and Blacula. The L.A. Rebellion succeeded where white Hollywood and Blaxploitation did not: in representing Black life from an “insider,” or Black, perspective, something that was conspicuously absent from the mainstream movie screen at the time. 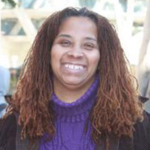 Born in Philadelphia in 1961, Zeinabu irene Davis received an M.A. in African Studies in 1985 from the University of California, Los Angeles, where she also earned an M.F.A. in film and television production four years later. A director, producer, editor, writer, and film scholar, Davis has received numerous grants and awards for her film and video work, including grants from the Rockefeller Foundation, the American Film Institute, and the National Endowment for the Arts. Her early experimental short, Cycles (1989), has won awards from the Black Filmmakers Hall of Fame and the National Black Programming Consortium, and her 1999 film, Compensation, received the Gordon Parks Award for Best Director from the Independent Feature Project. The representation of the African American woman’s experience is the subject of much of Davis’s experimental and narrative film work, including Cycles, A Period Piece (1991), A Powerful Thang (1991), Mother of a River (1995), and Compensation.

Davis’s Spirits of Rebellion (2015) is a documentary on the L.A. Rebellion and the artists (including herself) associated with the movement. In June 2016, the film received the prestigious Africa Movie Academy Award for Best Diaspora Documentary feature at a ceremony held in Nigeria.

Davis is currently professor of communications at the University of California, San Diego.

The screening of Spirits of Rebellion was followed by two seminal, celebrated films of the movement, Bush Mama and Killer of Sheep, both about the Black urban experience in the Watts neighborhood of south Los Angeles. 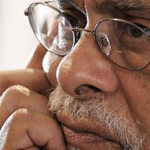 Haile Gerima works as an independent filmmaker and professor of film at Howard University in Washington, D.C. Born and raised in Ethiopia, Gerima emigrated to the United States in 1967. Following in the footsteps of his father, a dramatist and playwright, Gerima studied acting at the Goodman School of Drama in Chicago before entering the UCLA School of Theater, Film, and Television, where his exposure to Latin American films inspired him to mine his own cultural legacy. After completing his M.F.A. thesis film, Bush Mama (1975), Gerima received international acclaim with Harvest: 3000 Years (1976), an Ethiopian drama that won the Grand Prize at the Locarno film festival. Following the award-winning Ashes & Embers (1982) and the documentaries Wilmington 10 – U.S.A. 10,000 (1978) and After Winter: Sterling Brown (1985), Gerima produced Sankofa (1993), a film for which, perhaps, he is best known internationally. An historically-inspired dramatic tale of African resistance to slavery, the film was ignored by U.S. distributors; Gerima, however, tapped into African American communities and booked sold-out screenings in independent theaters around the U.S. Sankofa went on to receive first prize at the African Film Festival in Milan, Best Cinematography at Africa’s premiere Festival of Pan African Countries (FESPACO), and a nomination for the Golden Bear at the Berlin Film Festival.

In 1996, Gerima founded the Sankofa Video Books & Cafe in Washington, D.C. (www.sankofa.com), a cultural and intellectual space that offers opportunities for self-expression, interaction, discussion, and analysis through community events, such as film screenings, book signings, scholar forums, and artist showcases. Gerima continues to distribute and promote his own films, including his most recent project, Yetut Lij (an Amharic, or Ethiopian Semitic, phrase that roughly translates to “Child of the Beast,” a term typically used to refer to any child taken in and raised by someone other than his/her biological parent). 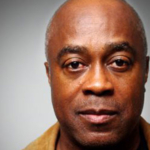 Charles Burnett’s work as a writer-director has received numerous honors and awards. Born in Vicksburg, Mississippi in 1942, Burnett soon moved with his family to the Watts neighborhood of south Los Angeles. Burnett studied creative writing at UCLA before entering its graduate film program. His thesis project, Killer of Sheep (1977), won accolades at film festivals and a critical devotion. In 1990, it was among the first titles named to the Library of Congress’ National Film Registry and was declared by the National Society of Film Critics one of the “100 Essential Films” of all time.

In 1988, Burnett was awarded the prestigious John D. and Catherine T. MacArthur (“genius grant”) Fellowship. His first widely released film that featured professional actors, To Sleep with Anger (1990), was also chosen for the National Film Registry, and Burnett became the first African American recipient of the National Society of Film Critics’ Best Screenplay award for the film.

Burnett has also worked extensively for television, including the highly acclaimed Nightjohn (1996) for the Disney Channel, Oprah Winfrey Presents: The Wedding (1998), Selma, Lord, Selma (1999), an episode of the seven-part series Martin Scorsese Presents “The Blues”: Warming by The Devil’s Fire (2003), and Nat Turner: A Troublesome Property (2003), which was shown on the PBS series Independent Lens.

Burnett has been awarded grants from the Guggenheim Foundation, the Rockefeller Foundation, the National Endowment for the Arts, and the J. P. Getty Foundation. In 2011, the Museum of Modern Art showcased his work with a month-long retrospective.