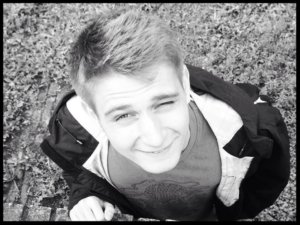 TFMS alum Eli Ayres (fall ’16) recently received the Visionary Award for his animated film “One Way Town” at the International Visions Film Festival & Conference, hosted annually by the Film Studies Department at the University of North Carolina, Wilmington. The Visionary Award (or “Best in Show”) is given to the top entry in the festival. Eli was also awarded the Outstanding Student Film Award in the film noir shorts competition for “One Way Town” at the Humphrey Bogart Film Festival in Miami, FL, October 2017. Eli produced “One Way Town” in 2016 as his SMP filmmaking project.