Silence Too Loud,
by Rebecca Weber,
directed by Kori Taber

Speak for Me No More,
by Samantha Reed,
directed by Rebecca Weber 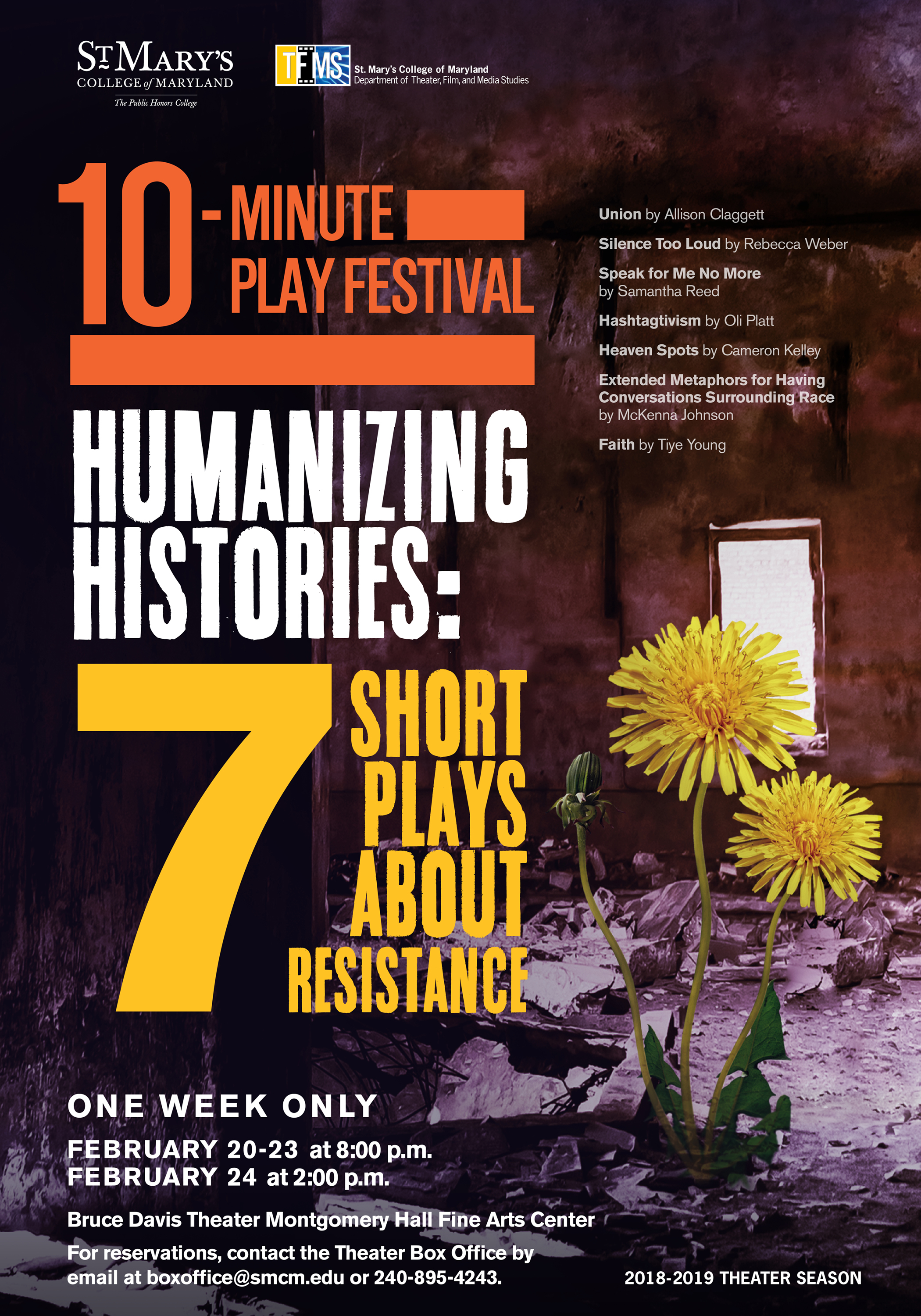 How can we re-imagine systems that are, for some, inherently broken? The ten-minute plays in this collection (Humanizing Histories: 7 Short Plays About Resistance) were written by SMCM students in a TFMS playwriting class in fall 2018 and are the product of a collaboration with a pilot course on the legacies of slavery and resistance in the United States. Each play, inspired by a different historical artifact, explores how oppression and representation affect relationships, families, and human lives, and considers various ways citizens rise up in the face of injustice. Over the weekend of this production (February 23), members of the community are also invited to attend staged readings of other student-written work, theater workshops, and public discussions free of charge. Check the TFMS website periodically for more information.

Post-performance discussions will take place after each performance.