Department of Theater, Film, and Media Studies > Archives for sweat 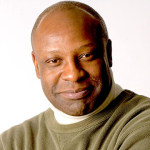 In January-February 2016, actor Tyrone (Ty) Wilson will be performing in the Oregon Shakespeare Festival-Arena Stage co-production of Lynn Nottage’s new play, Sweat, in Washington, D.C. After Sweat closes its run on February 21, Tyrone will join SMCM’s TFMS department for the month of March. While in residency, Ty will perform the mute role of Find out more »