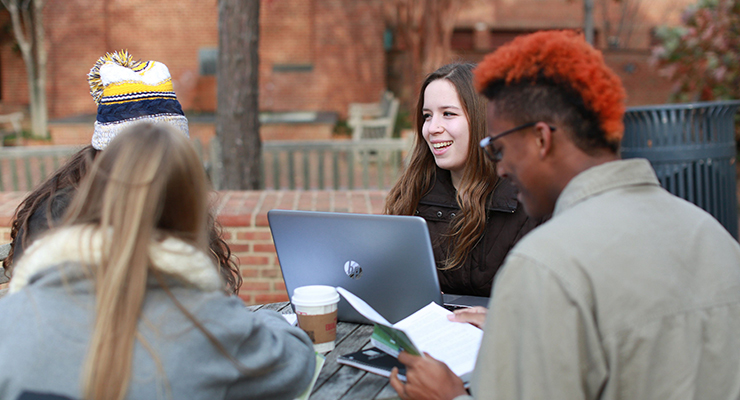 FUSE
Sometime in the 1980s, students and faculty created the group Women Advocates for Gender Equality (WAGE), which became a student-run chapter of the Feminist Majority Leadership Alliance (FMLA) in 1998 and subsequently (2004) Feminists United for Sexual Equality (FUSE).This group has propelled a tremendous amount of nonstop programming on campus. Included among its activities are weekly meetings, numerous presences on and off campus as activists, workshops on sexual harassment and other topics in gender and sexuality, Love Your Body Day, the annual production of The Vagina Monologues, the publication of Underwire: Annual Journal of Women, Gender, and Sexuality Studies, and occasional sponsorships of films and guest performers.

The St. Mary’s Triangle and Rainbow Society (STARS) has been an active club on the SMCM campus since 1993. The club has served as a resource for the lesbian, gay, bisexual, transgender, queer, and allied community (LGBTQA), and its members have been actively involved both on and off-campus on behalf of LGBTQA issues and concerns.

STARS has hosted National Coming Out Day, and event which encourages everyone to “come out”-as gay, straight, or simply sexual; has sponsored National Day of Silence, in which participants are encouraged to think about members of the LGBTQA community who have been silenced by ignorance or violence; has participated in local conferences (like Gender PAC’s National Conference on Gender in Washington, DC); and has worked tirelessly on behalf of domestic partner benefits locally and regionally.