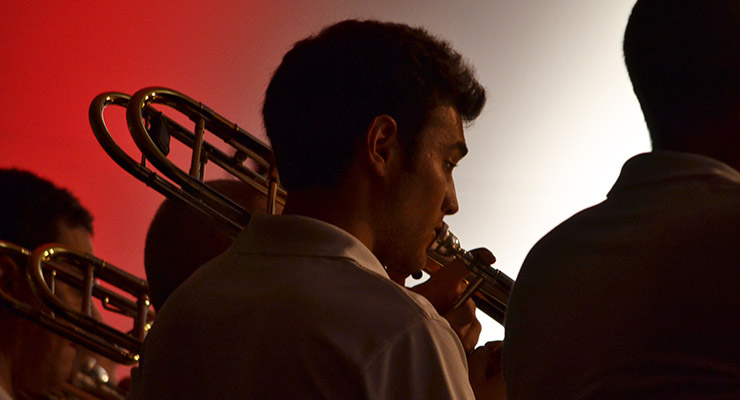 The group frequently performs on campus and in the community. Select members of the big band ensemble also have an opportunity to perform in jazz combos, which gives students more study in improvisation and soloing.